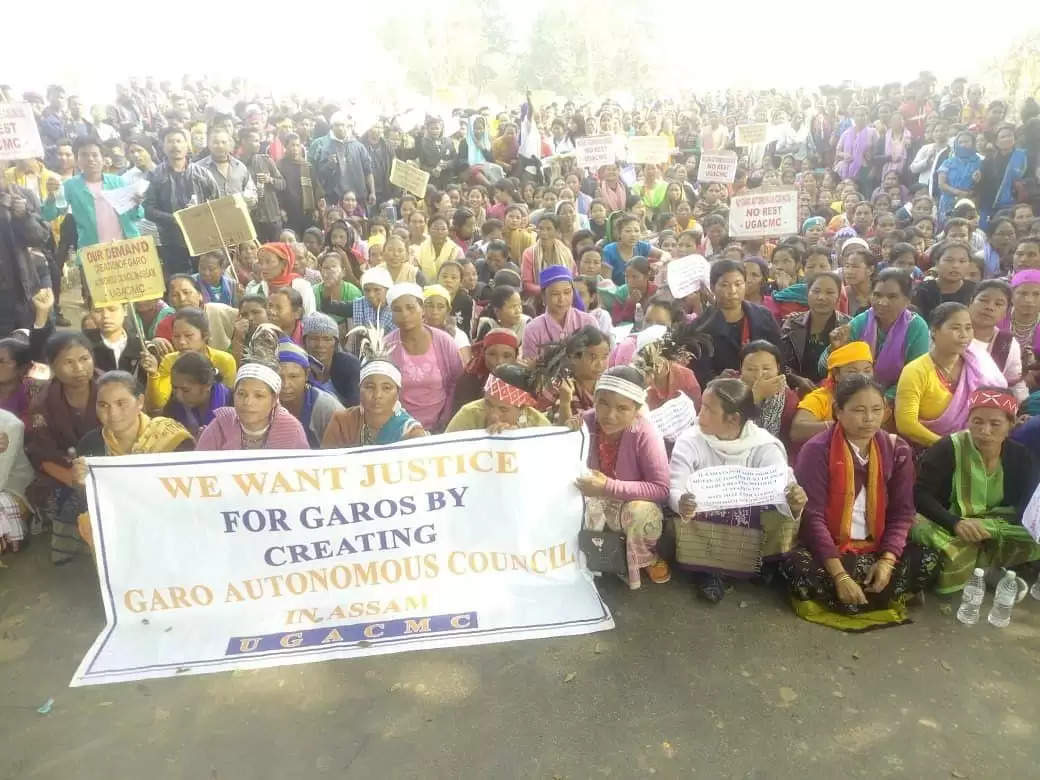 Members of the United Garo Autonomous Council Movement Committee (UGACMC), on Monday, staged a blockade on National Highway 37 in western Assam’s Goalpara district, reiterating their demand for an autonomous council for the Garos of Assam.

The UGACMC also stated it would intensify its agitation following repeated pleas and demands for a separate council over the years that went unaddressed by the state government.

“About 3000 members from across the state staged the road blockade on Dudhnoi Bridge for over two hours today,” UGACMC chairman, Alex K Sangma told reporters.

However, they later lifted the blockade after district authorities assured them of a meeting with Assam Minister Himanta Biswa Sarma by Wednesday.

They also submitted a memorandum on creating a Garo Autonomous Council on satellite basis in Assam to the Chief Minister through the district authorities on Monday.

“UGACMC will take all steps to ensure a speedy negotiated settlement with (the) government of Assam. But if the government of Assam cannot create the Garo Autonomous Council, then we propose to intensify our agitation in various ways,” the committee stated in the memorandum to the chief minister.