Two boats with 120 passengers on board collide in Jorhat; 100 rescued, says ASDMA

The boat, Ma Kamala, was supposed to travel to Kamalabari Ghat in Majuli when it collided with a ship, Tripkai, which was travelling in the opposite direction towards Nimatighat. 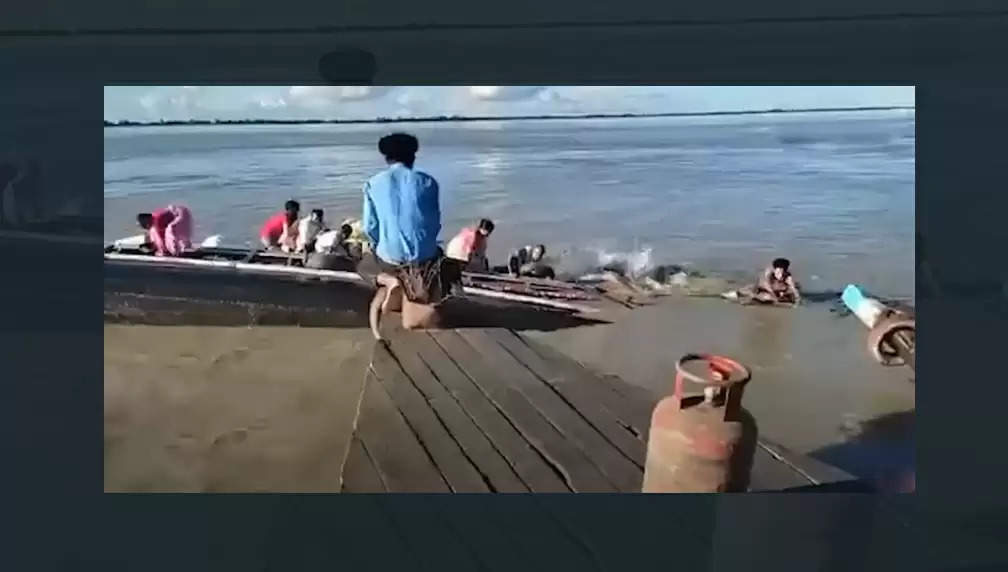 In a major boat mishap, a machine boat carrying approximately 120 passengers on board capsized in the Brahmaputra River at Nimatighat, in Jorhat, Assam, on Wednesday.

The boat, Ma Kamala, was supposed to travel to Kamalabari Ghat in Majuli when it collided with a ship, Tripkai, which was travelling in the opposite direction towards Nimatighat.

According to sources, there were at least 120 people on board in both the ferries, along with 10 cars and 30 motor vehicles, when the mishap happened. At the time of filing of this report, Assam State Disaster Management Authority (ASDMA) confirmed to The Northeast Today (TNT) that 100 people have been rescued but 20 are still missing.

"A boat capsized at Majuli district following a collision between two ferries. About 120 passengers were travelling on the boats, and 100 have been rescued so far. NDRF (National Disaster Response Force) and ASDMA are involved in rescue operations," said GD Tripathi CEO, Assam State Disaster Management Authority (ASDMA).

Speaking to TNT, Montu, a boatman in Nimatighat, described the incident saying the mishap occurred when Ma Kamala was getting ready to ferry passengers to Kamalabari Ghat in Majuli. “The incident took place around 4 pm when Ma Kamala was leaving for Kamalabari (Majuli) and suddenly the ship, Tripkai , appeared at the Nimatighat (Jorhat). Ma Kamala capsized after a collision with Tripkai while trying to give parking space to the latter. Nothing happened to the ship (Tripkai) but the small boat (Ma Kamala) sank,” he said.

One, Rintu Borah from Majuli, whose sister Rakhi Borah Hazarika was one of the persons rescued in the accident, stated that the exact number of people missing is still unknown.

"My sister was one of the passengers who had boarded the boat when the mishap happened. Somehow she is rescued and is safe. But I fear about the others who are still missing. One thing I would like to point out is that no COVID protocol was followed while boarding passengers on the boat and it exceeded the capacity of the vessel,” Rintu said.

Prime Minister Narendra Modi also expressed his concern about the incident and tweeted, “Saddened by the boat accident in Assam. All Possible efforts are being made to rescue the passengers. I pray for everybody’s well-being (sic).”