The announcement was made at an event held at Srimanta Sankardev Kalakshetra, Guwahati and was attended by top leaders of both the parties, including TIPRA chief Pradyot Kishore Manikya Debbarma and AJP president Lurinjyoti Gogoi. 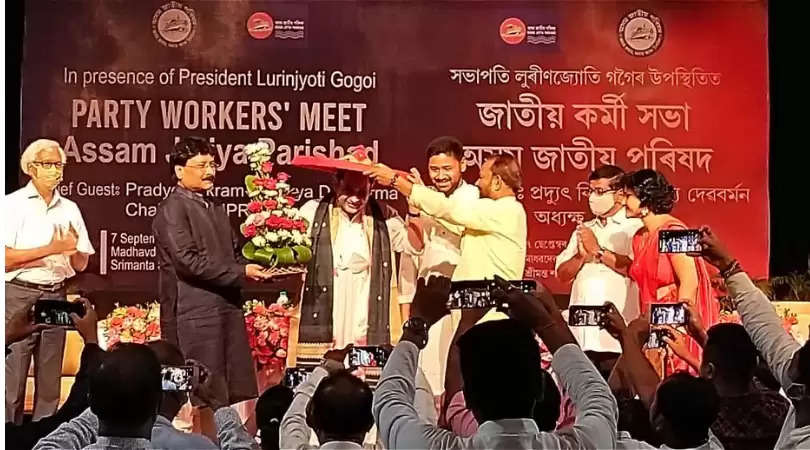 The two regional parties of the Assam and Tripura - Assam Jatiya Parishad (AJP) and Tripura Indigenous Progressive Regional Alliance (TIPRA) on Tuesday, formed an alliance "to fight for the rights and identity of the indigenous people of the region".

The announcement was made at an event held at Srimanta Sankardev Kalakshetra, Guwahati and was attended by top leaders of both the parties, including TIPRA chief Pradyot Kishore Manikya Debbarma and AJP president Lurinjyoti Gogoi.

Speaking on the sideline of the event, the TIPRA chief said the intention of forming the alliance is to create a platform where the voices of the people of Northeast could be heard. "The Bharatiya Janata Party (BJP) government (both at Centre and few states in Northeast) has been ignoring the voices of the indigenous communities of the region. So, we, the deprived, oppressed, ignored and exploited communities of the Northeastern region have taken the pledge to strengthen the regional political movement together and take it forward," said Debbarma.

Stating that cracks are surfacing between the ruling BJP and its alliance partners in several Northeastern states, Debbarma said, “The BJP’s alliance partners are not very happy about some of their policies. They are also asserting their concept of Hindutva, which is divisive and communal, on our people. As a result, many of our ethnic traditions and languages are suffering.”

Some of the immediate demands of the alliance include the repealing of the Citizens Amendment Act (CAA), revision of the National Register of Citizens (NRC), constitutional provisions for the protection of identity and culture of all indigenous people of Tripura, demand of Greater Tipraland and immediate implementation of the Assam Accord in totality.

The TIPRA chief also informed that he is in touch with the Indigenous People's Front of Tripura (IPFT), another regional party of Tripura, seeking their support in the political movement. “We are trying to bring all the regional parties of the Northeast – be it from Mizoram, Meghalaya or Assam - together. We have to create our own platform because we cannot depend on one or two national parties to take our voices to Delhi," he said.

Similarly, Gogoi said the decision to form a united front was not only for political reasons but for protecting the indigenous identity, language, culture and other issues of the Northeast.

"The people of Northeast are facing the same types of issues. For instance, take the issue of influx of foreigners. It is a major problem in all the Northeastern states but the Centre is playing divisive politics and imposing a communal political agenda on it for their vote bank," said Gogoi.