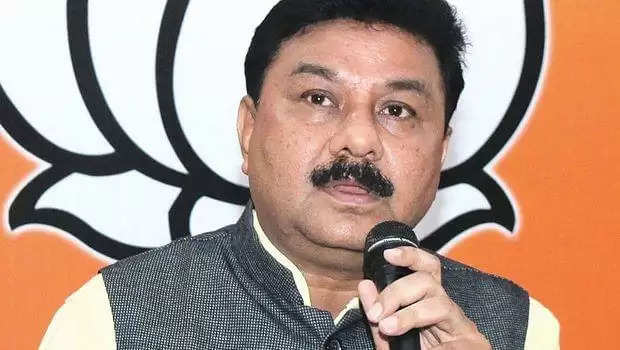 Ranjeet Kumar Dass is a politician from 40, Sorbhog L.A.C Constituency and currently holds the position as the Speaker of Assam Legislative Assembly and President of Bharatiya Janata Party (BJP) Assam Pradesh.

< Dass was the Editor of Gauhati University’s “Universal Journal” in 1991.

< Ranjeet Kumar Dass’ political journey started when he joined the Bharatiya Janata Party as a member in 1992 under the leadership of Late Prabin Baruah, former State President BJP.

< He became the President of Bharatiya Janata Party (BJP) Assam Pradesh from December 25, 2016.

< Dass has helped to take the BJP organisations to different corners of the state. BJP in Assam has a membership strength of 42 lakh!

< He was elected as Speaker of the Assam Legislative Assembly on June 1, 2016.

< In the 2016 Assam Assembly election, Das defeated Congress candidate Anurupa Hannan with a margin of 19,526 votes from Sorbhog constituency of Barpeta district.

< Under his leadership, BJP in Assam has won nine Lok Sabha seats and performed exceptionally well in the Panchayat polls.