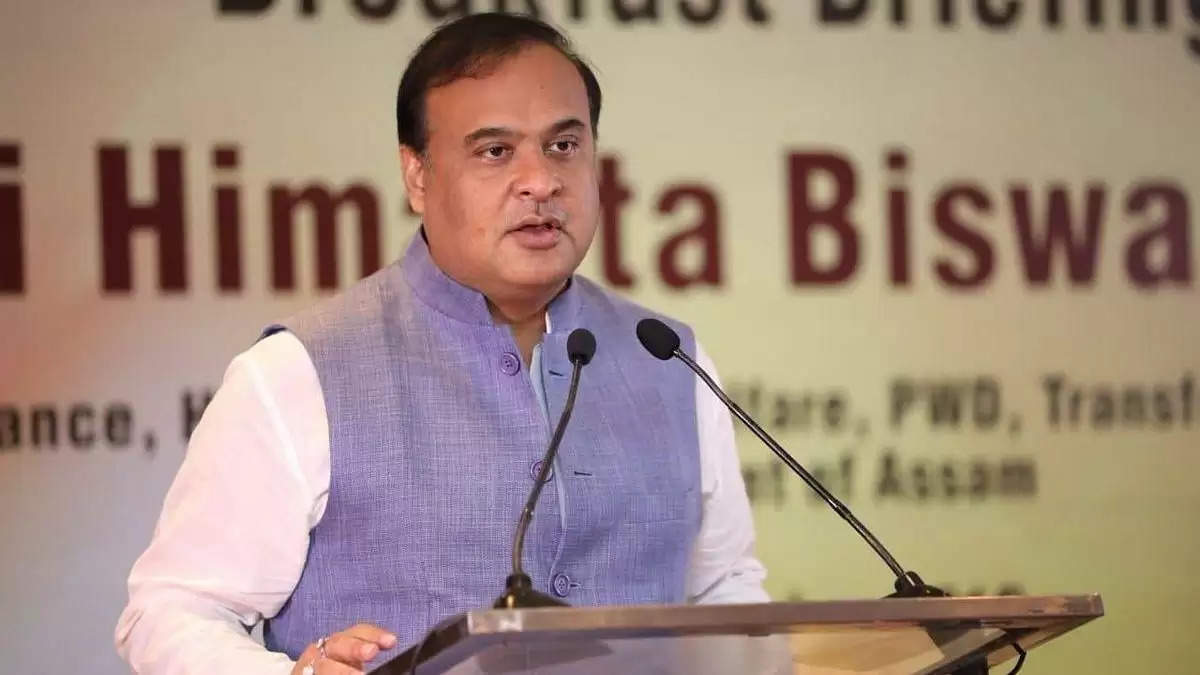 With elections to the Assam Legislative Assembly just around the corner, it's good to know a few things about the politicians and key players in State politics.

TNT-The Northeast Today brings to you a few facts you should know about your political leaders.

Let us take a look at the background and political career of the “King-maker”, the “heavyweight” of the BJP, Himanta Biswa Sarma.

>> Himanta Biswa Sarma is an Indian politician who served as an MLA from the Jalukbari constituency in the northeastern state of Assam from 2001 to 2015 from the Indian National Congress.

>> He left the Congress to join the Bharatiya Janata Party (BJP) on August 23, 2015, at the residence of Amit Shah in New Delhi.

>> Sarma was sworn in as a Cabinet Minister on May 24, 2016, and was appointed the convener of the North-East Democratic Alliance (NEDA).

>> As per official records, Himanta Biswa Sarma was born on February 1, 1969, in Gandhi Basti, Guwahati to Kailash Nath Sarma and Mrinalini Devi.

>> Sarma completed his schooling at Kamrup Academy School, Guwahati in 1985 and was later admitted at Cotton College, Guwahati.

>> During his college days, he took up Political Science as his major subject and served as the general secretary of the Cotton College Students' Union from 1991 until his post-graduation in 1992.

>> Sarma later completed his LLB at the Government Law College in Guwahati and obtained a PhD from Gauhati University.

>> Sarma was first elected to the Assam Legislative Assembly from Jalukbari in 2001 after defeating the leader of the Asom Gana Parishad, Bhrigu Kumar Phukan.

>> He was made Cabinet Minister for Health in 2006, and in 2011, was entrusted with the additional charge of Education.

>> Besides this, Sarma held important portfolios (both state and cabinet) as Minister of State for Agriculture, Planning & Development, Finance, Health, Education, and Assam Accord Implementation from 2002 to 2014.

>> Three medical colleges in Jorhat, Barpeta and Tezpur were set up during his tenure.

>> Sarma also abolished the system of interviews regarding the appointment of teachers and during his tenure, over 50,000 teachers were appointed for the first time through the Teacher Eligibility Test, also known as TET.

>> Before joining the BJP, Sarma resigned from all portfolios on July 21, 2014, citing political differences with former Chief Minister Tarun Gogoi.

>> He was the MLA of the Jalukbari constituency until he resigned from the Assembly on September 15, 2015.

>> In May 2016, Sarma won the Jalukbari constituency for the fourth consecutive term from the BJP ticket and was sworn in as Cabinet Minister on May 24, and was allotted portfolios like Finance, Health & Family Welfare, Education, Planning & Development, Tourism, Pension & Public Grievances.

>> In November 2020, Sarma took to social media and falsely claimed that supporters of AIUDF politician Ajmal Badruddin had shouted slogans in support of Pakistan to greet him, on his arrival at Silchar airport.

>> His claim was reiterated by the Assamese news channel, News Live, which is owned by Biswa's wife, and then also confirmed by several news channels and newspapers, including Times Now, CNN, News18, and The New Indian Express.

>> Sarma's posts were flagged by Facebook as misinformation and blocked from being shared, after independent third-party fact-checkers examined videos of the event, and demonstrated that the slogans shouted had consisted of the names of political leaders and not in support of Pakistan. Guwahati Police have since registered a First Information Report against Sarma for "promoting enmity" between groups of persons, which is an offence under the Indian Penal Code, as well as for offences under the Information Technology Act.

>> He also became the president of the Assam Cricket Association in June 2016 when his party man Pradip Buragohain became the secretary.

>> Sarma was also the longest-serving vice president of the association serving from 2002 to 2016.

>> Apart from the development works of the constituency, Sarma is also involved with the welfare of the Deaf and Dumb and serves as President of their society.

>> His favourite hobbies include travelling and reading.

>> MLA 2011, Cabinet Minister, Health & Family Welfare, Education and Implementation of Assam Accord with effect from May 27, 2011.