Revised SOPs come into effect in Assam; shops close at 11am, curfew from noon

The positivity rate has been brought down to 8.26 percent. 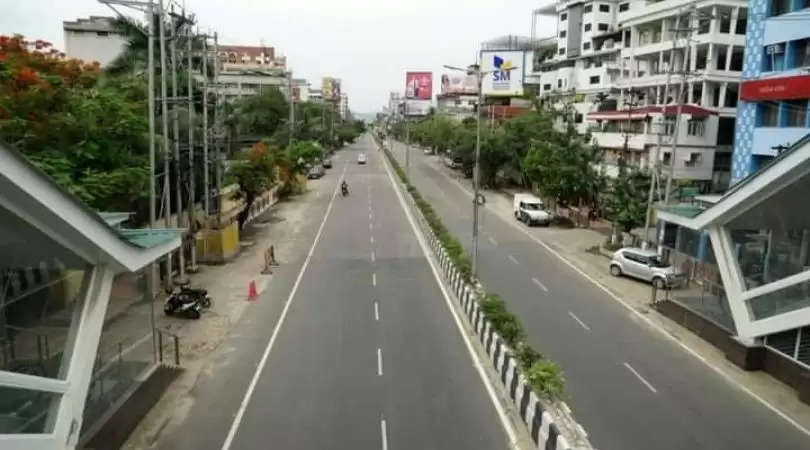 The shutters of shops and commercial establishments in Assam were brought down by 11am and people stopped by police from roaming around in the streets from 12 noon as the new COVID restrictions came into force in the urban areas of the state from Sunday.

Police vehicles in Kamrup Metro, which has witnessed the highest average daily cases in the state, were seen patrolling the market places and other areas from 10am itself, making people aware of the COVID scene and appealing to traders to close their shops by 11am in strict adherence to the revised guidelines.

The Assam State Disaster Management Authority (ASDMA) on Saturday issued revised SOPs, preponing curfew hours by the two more hours to 12pm (till 5am of next day) and likewise the closure of all shops and commercial establishments by two more hours (11am) on all days until further orders.

Other restrictive measures like plying of odd-even numbered vehicles, closure of government and non-government offices, educational institutes and weekly markets continued to remain the same in accordance with the earlier orders issued by ASDMA.

Assam Chief Minister Himanta Biswa Sarma said that the decision was taken after a review of the COVID-19 scene in the state, which has improved after the (earlier) restriction was put in place, barring movement of individuals from 2pm to 5am the next day.

Even as the state reported a total of 5347 COVID positive cases on Saturday, the positivity rate has been brought down to 8.26 percent.

Kamrup Metro district also witnessed a slide in cases from a daily average between 1500 and 1600 cases about a week back to 1012 cases on Saturday.