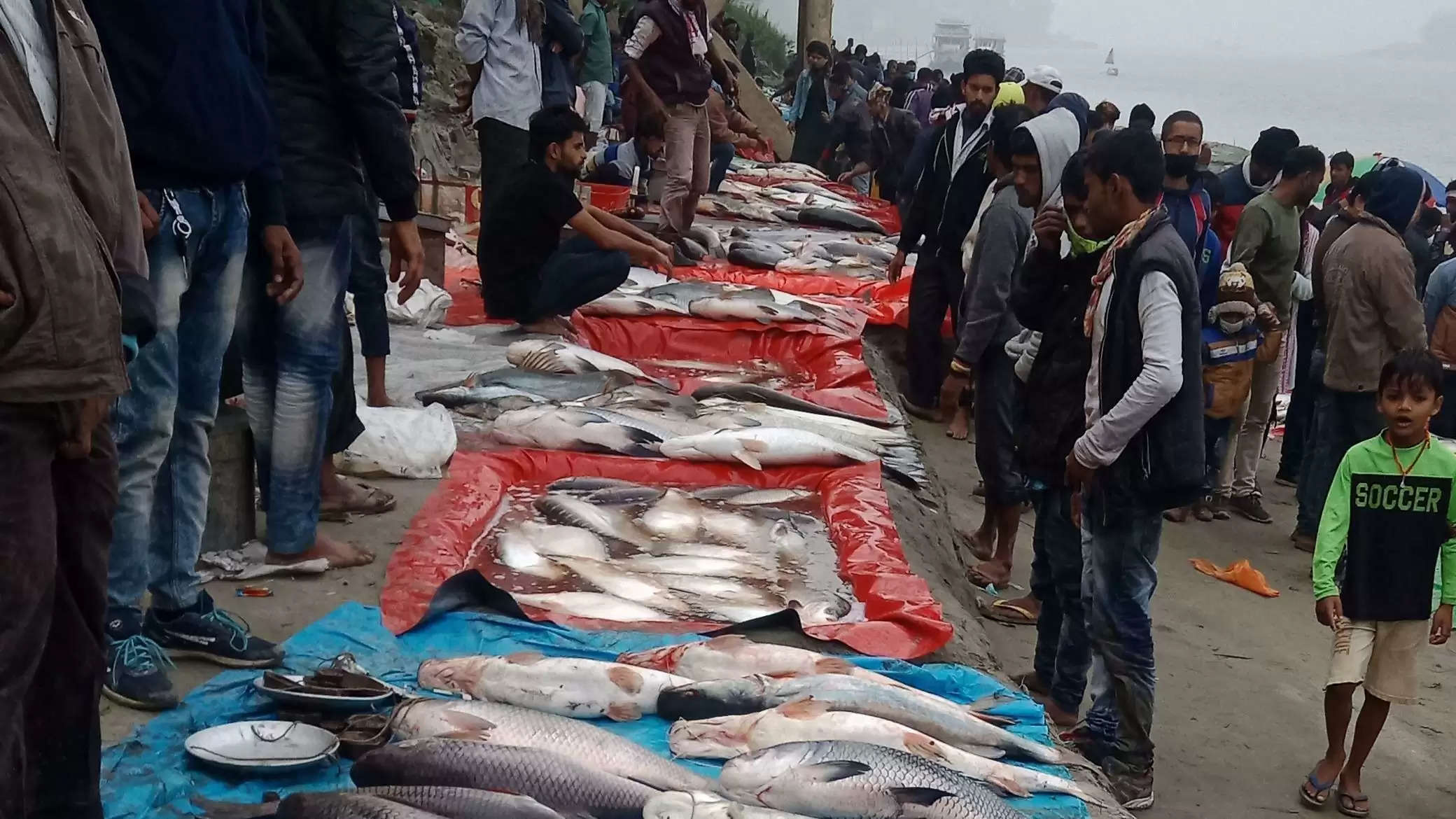 Skyrocketing prices of fish, meat and traditional delicacies failed to dampen the Bhogali Bihu mood, as people across Assam thronged fish markets and community fishing sites hours ahead of the feasting night (uruka) on Wednesday.

The COVID-19 pandemic and the avian flu scare took a backseat as enthusiastic buyers in large numbers braved the chill and headed to markets near and far from the pre-dawn hours.

Fish being the principal delicacy for Bhogali Bihu, the markets selling them hogged the limelight for a good part of Wednesday, with varieties as huge as 45 kg finding takers.

The rush did not differ from the pre-COVID years in one of the oldest wholesale fish markets of Assam - Uzanbazar.

Both local fish sellers (who buy from traders in the wholesale market) and those from the nearby wetlands, particularly in Kamrup and Morigaon districts, displayed a range of silvery local fish of various sizes.

Compared to Uzanbazar, the Kolongpar and Beltola markets saw fewer people in the morning, even as traders expected better sales by the end of the day.

The Bomani Beel, among other wetlands, at Dimoria in Sonapur saw people from Guwahati and other towns throng in large numbers to catch a glimpse of community fishing, not seen in urban areas, as villagers equipped with traditional fishing nets were seen in the water looking for the silvery varieties since early morning.

Meanwhile, to relieve people from the burden of inflated prices, FISHFED arranged for the sale of fish at discounted rates. About 5,000 kg of fish were bought from cooperative societies and farmers by FISHFED to sell across the markets on uruka.

Meanwhile, mutton and duck meat were also on the priority list as people took home quantities more than they would on other days.

“I have made a few rounds to markets, starting from fish to mutton to traditional delicacies like pitha, laroo, chira, besides curd and cream,” said a buyer.

Across semi-urban and rural areas, bhela ghars (temporary night shelter and feasting area made of thatch, bamboo, straws, dried leaves, etc.) of various shapes and sizes have been set up in the paddy fields.

Readymade mejis (a tall structure made of inflammable hay, twigs, etc.) were up for sale in some areas of the city, and customers were seen tying them onto the roofs of their vehicles.

Mejis are lit for the ceremonial conclusion during the early hours of Magh Bihu, the day after uruka, as people offer prayers for peace and prosperity.