In 2018, the Assam State Biodiversity Board included the Tokay Gecko and Assamese Day Gecko in a new list of threatened species. 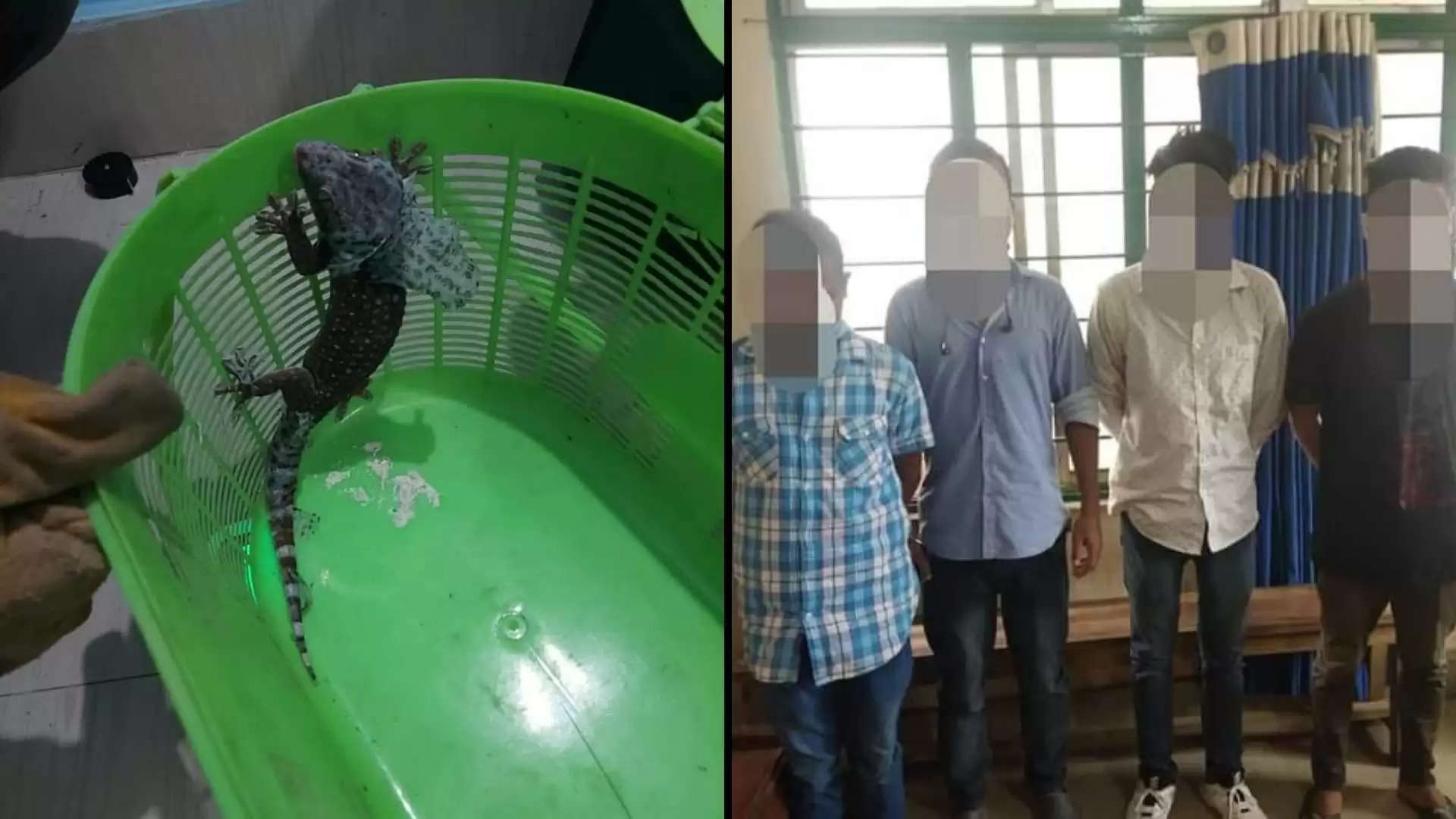 Tinsukia police arrested four persons and seized one Tokay Gecko from their possession in Tinsukia on June 27.

Tinsukia SP Debojit Deori said, “During regular patrolling, our police team seized one Tokay Gecko from the possession of four persons. They were planning to sell the Gecko which have a high demand in the international market”.

“Wildlife trafficking is an organised crime and many top officials of the forest department are involved in the process with the smugglers. The poachers trapped the geckos and Chinese Pangolins from the forests of Bordumsa(Arunachal Pradesh) and sell it to the wildlife traders who transport them to other countries through the Dimapur route,” said a source.

It is worth mentioning, the Tokay Gecko is used as a vital ingredient in traditional Chinese medicine known as Ge Jie, believed to nourish the kidneys and lungs.

In 2018, the Assam State Biodiversity Board included the Tokay Gecko and Assamese Day Gecko in a new list of threatened species.