On May 27, Assam and Meghalaya would receive rainfall at many places with heavy to very heavy rain at isolated places. 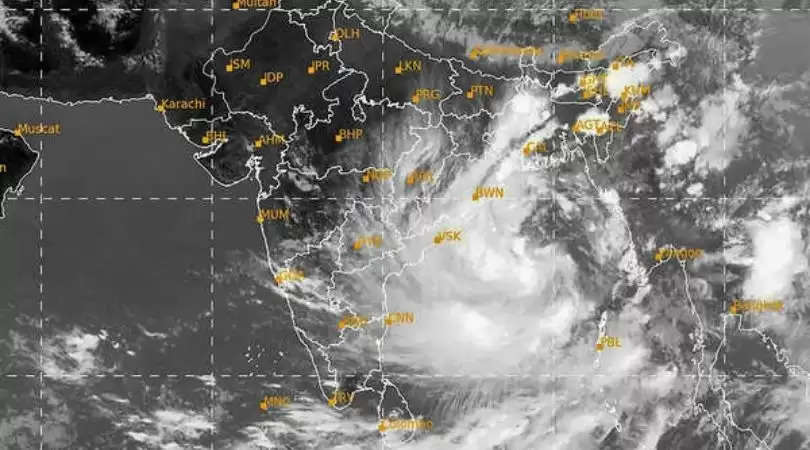 The Regional Meteorological Centre here has predicted heavy to very heavy rain, thunderstorm and lightning at isolated places in Assam and Meghalaya on Wednesday and Thursday as the cyclonic storm, ‘Yaas’ threatens to intensify into a “very severe cyclonic storm” by May 26.

“The Cyclonic Storm ‘Yaas’ moved northwestwards with a speed of two km per hour during the past six hours and lay centred at 8.30 am on Monday over east central Bay of Bengal. It is likely to move north-northwestwards, intensify further into a severe cyclonic storm during the next 12 hours and into a very severe cyclonic storm during the subsequent 24 hours,” the Met office warned in a statement on Monday afternoon.

The cyclone would continue to move north-northwestwards, intensify further and reach northwest Bay of Bengal near North Odisha and West Bengal coasts by early morning on May 26.

“It is very likely to cross north Odisha-West Bengal coasts between Paradip and Sagar islands around noon of May 26 as a very severe cyclonic storm,” the RMC informed.

The impact of rainfall in the two states, the Met Office warned, could be “localised flooding of roads, water logging in low-lying areas, occasional reduction in visibility because of heavy rainfall and localised landslides.”

In a tweet, Assam Chief Minister Himanta Biswa Sarma said, “Cyclone Yaas is likely to affect the region on May 26-27. Union Home Minister Amit Shah called and enquired about preparedness of Assam, Sikkim and Meghalaya. Informed that emergency services have been pressed into action.”