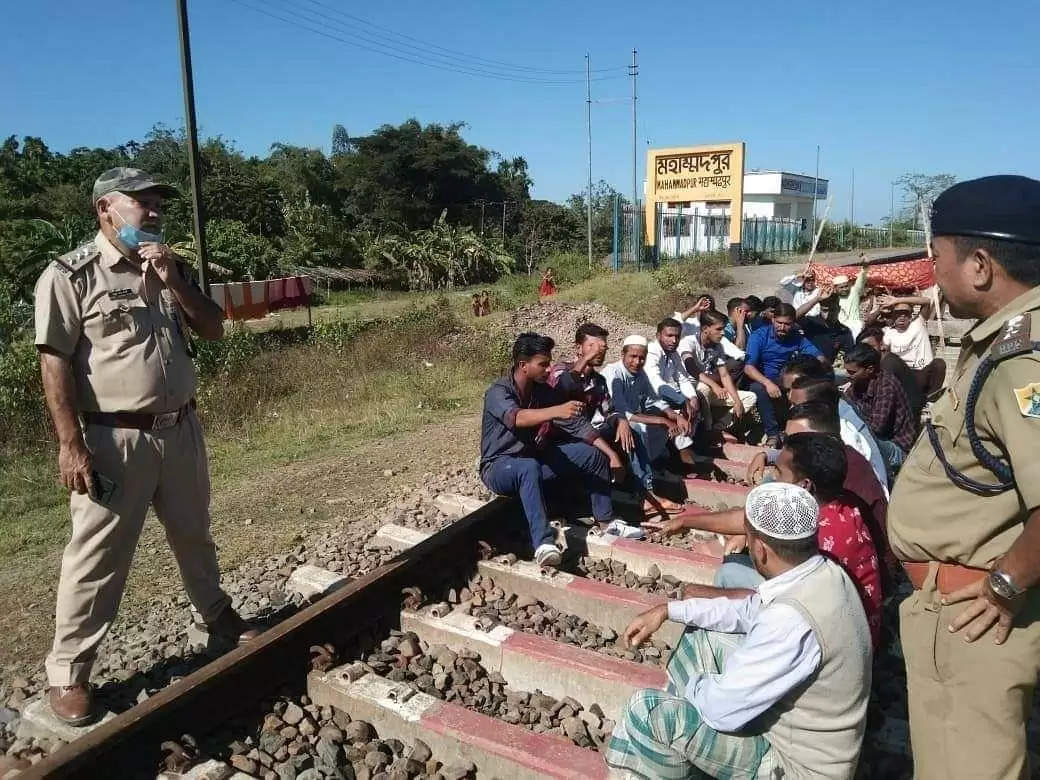 The police have arrested 21 picketers of Krishak Mukti Sangram Samiti (KMSS) for blocking the movement of a freight bound train to Mizoram at Muhammadpur railway station under Lala police station on Tuesday.

Hailakandi Superintendent of police, Pabindra Kumar Nath said that they put barricades on the railway tracks to stop the movement of Mizoram-bound goods train in protest against alleged aggression in Assam’s border areas by Mizoram.

Mizoram Chief Minister, Zoramthanga had earlier brought the matter to the notice of the Prime Minister’s Office (PMO), Union Home Minister’s office, Railway Minister and Assam Chief Minister, saying “futile action by miscreants, least needed at times like this; while the central government’s diplomatic approach slowly unfurls peace to both the states.”

Meanwhile, Cachar Superintendent of Police, Bhanwar Lal Meena informed that three trucks laden with essentials moved to Mizoram from Lailapur on Tuesday morning but subsequently residents stopped further movement of vehicles to the other side of the border on security grounds.

Meena said the situation along the Assam-Mizoram border was tense but under control, with no untoward incident reported since Saturday.

“The situation along the interstate border is under close watch,” he said.

On Monday, 21 trucks with essential commodities and other passenger vehicles with police escort crossed over to Mizoram after a 12-day deadlock. A few trucks from the other side of the border also entered Assam.

The SP, however, said he had no information whether Mizoram has started the process of graded withdrawal of its state police forces from Assam’s territory.