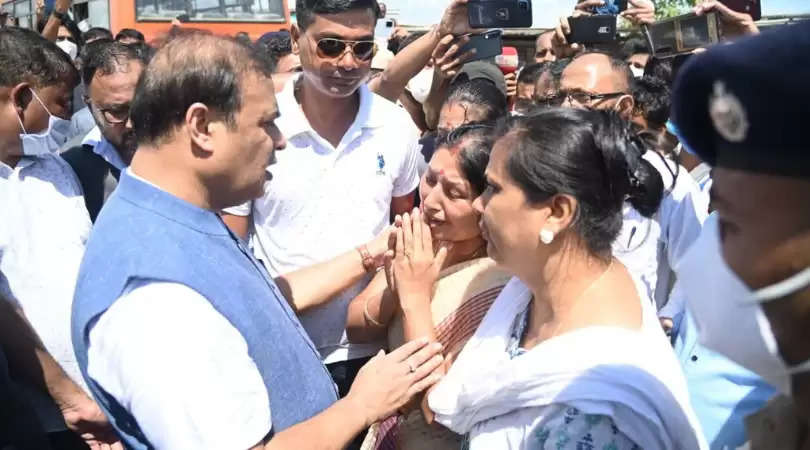 Chief Minister Himanta Biswa Sarma on Thursday visited Nimatighat in Jorhat and ordered the police to file a criminal case in the boat mishap on Brahmaputra River that took the life of one on Wednesday.

“The police have been ordered to file a criminal case into the incident and high-level probe will be initiated to find out the reasons behind the incident,” Sarma said, adding that three officials of inland waterways have been suspended on Wednesday in connection with the tragedy.

He also informed that work on the proposed bridge between Jorhat and Majuli will commence from November this year and it will be completed in four years. "All the drawings for the project are complete and the details have been sent to Delhi,” he said.

The Chief Minister also said that single-engine ferries have been banned on the Jorhat-Majuli route with immediate effect. “We urged the boat owners to upgrade their single-engine boats into marine engine which will cost them Rs 10 lakh. The government will give 75 per cent subsidy for the purchase of the margin engine. The boat owners can start applying for it at the office of the Deputy Commissioner of Majuli," he said.

Informing about the ongoing rescue operation, Sarma said that 90 passengers were travelling in the ill-fated boat on Wednesday. Out of which, one person, 28-year-old Parimita Das, has died and two persons are still missing. “As of now, the figures may fluctuate because many passengers were boarded in the boat without tickets," added Sarma, adding that the National Disaster Response Force (NDRF) and State Disaster Response Force (SDRF) teams are continuing the rescue operation in war footing.