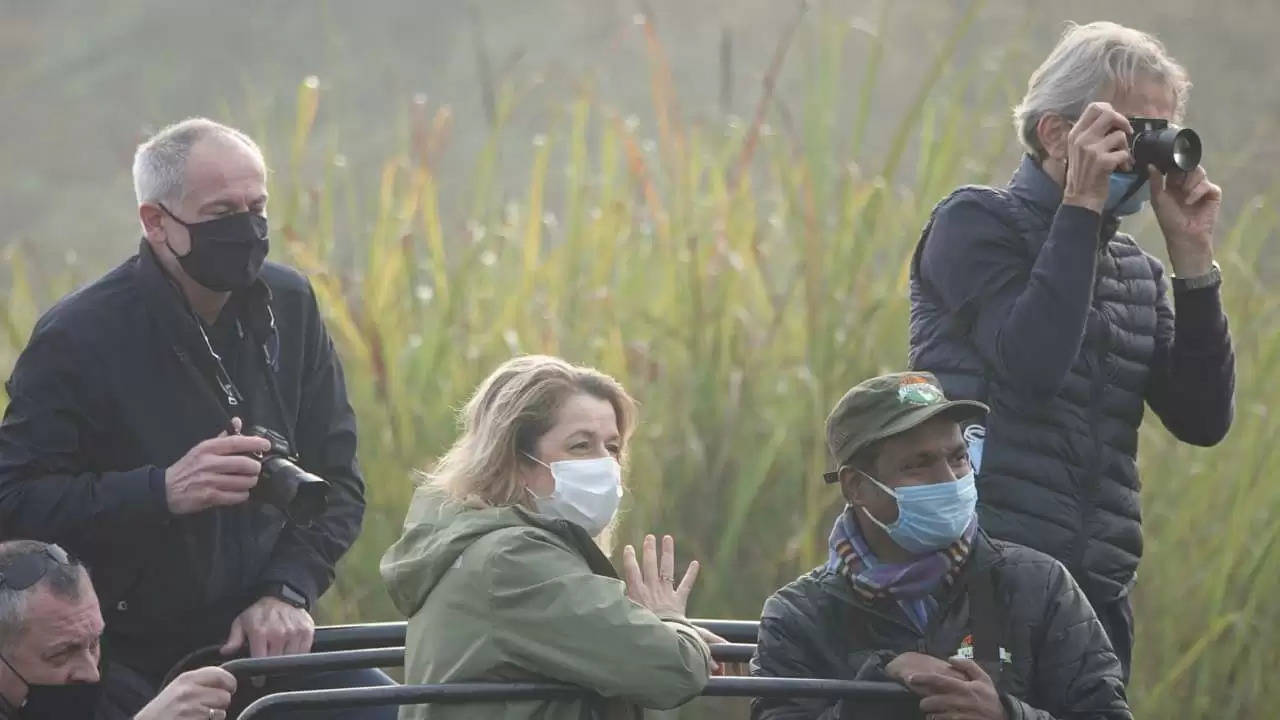 The French minister also undertook a jeep safari at the World Heritage Site, renowned globally for the one-horned rhinoceros.

The French Development Agency (AFD) has been working in Assam since 2012, providing financial and technical help to the Assam Project on Forest and Biodiversity Conservation (APFBC) to support the state’s biodiversity conservation efforts, sustainable and participatory management of forests and the creation of alternate livelihoods for forest-dependent communities.

The visit to Kaziranga National Park, which is one of the sites of APFBC, is part of the French minister’s five-day tour of India to strengthen Indo-French ties on sustainable development.

Sources state that Pompili will also visit the Indian Institute of Technology (IIT)-Guwahati, and interact with researchers of the Centre of Excellence-Sustainable Polymers credited with developing India’s first biodegradable plastic.