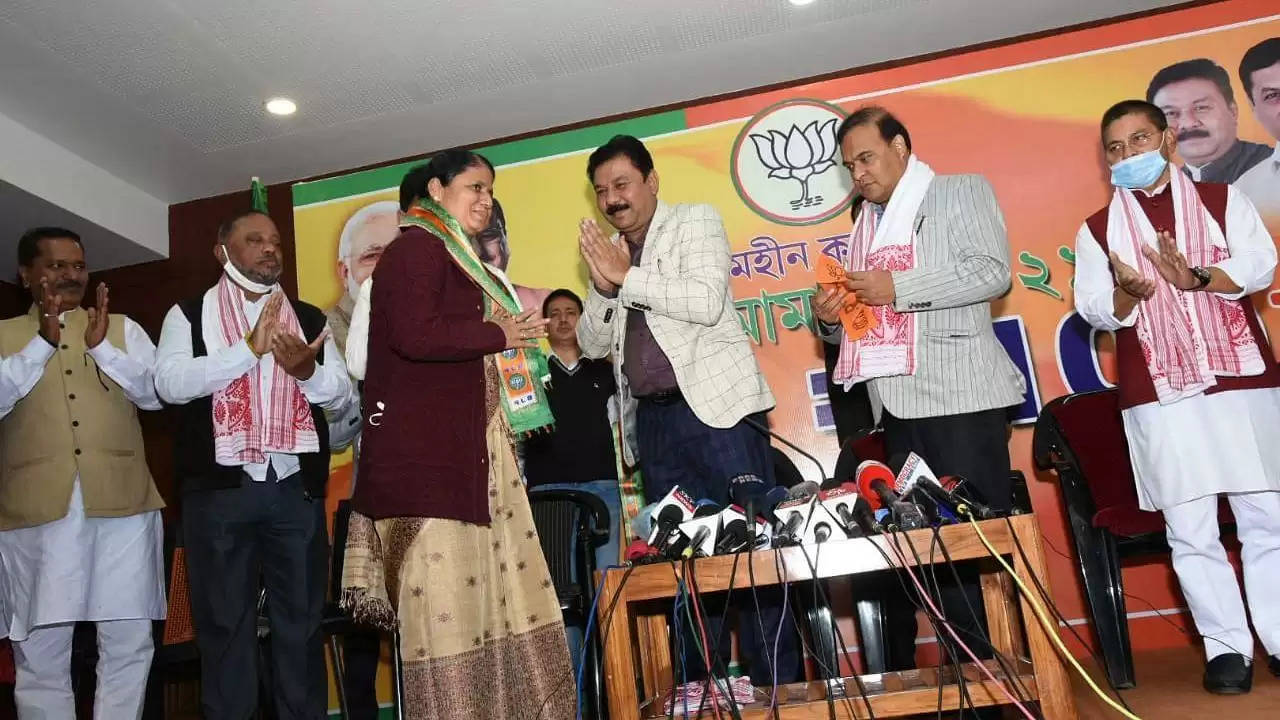 In a major setback to the Opposition Congress ahead of the Assembly polls, a former minister in the erstwhile Tarun Gogoi-led government in Assam and four-time Golaghat MLA, Ajanta Neog formally joined the ruling BJP here on Tuesday.

Lakhipur MLA Rajdeep Goala, who was earlier with the Congress, along with a former Bodoland People’s Front (BPF) MLA, Banendra Mushahary also joined the BJP.

Speaking at the programme organised at the state BJP headquarters here, Neog said that she was gearing up for the new challenge that awaits her upon joining a new party.

“Ever since my involvement with active politics, I have always worked for the people and party with dedication and honesty. I have joined BJP because the party has a vision,” she said.

“Unfortunately, the party with which I was associated for 20 years seems to have lost the connect it once had with the people of the state,” the former Congress leader said.

She further said that her decision to join BJP was not pre-planned. “Certain circumstances have compelled me to leave Congress, and I believe that my new home (BJP) will accord the same respect that members of a family get upon homecoming,” she added.

State BJP president Ranjeet Kumar Dass and senior party leader and Cabinet minister, Himanta Biswa Sarma, along with other leaders of the saffron party, welcomed the leaders to the party.

Sarma said the joining of the leaders would enrich and help the party ahead of the Assembly elections next year.

It may be mentioned that Neog had made her plans of joining BJP certain when she met Union home minister Amit Shah here last Saturday. Later, speaking to media persons, she confirmed that she would join the saffron party.

The Assam Pradesh Congress Committee (APCC) had on Friday taken disciplinary action and expelled Neog from the primary membership of the party.