The incident occurred when residents of three villages - Umlaper, Ummat and Pdengtleit – stormed an Assam Police camp on Tuesday after news of police personnel allegedly thrashing three local youth at a check gate on Monday evening got circulated in the area. 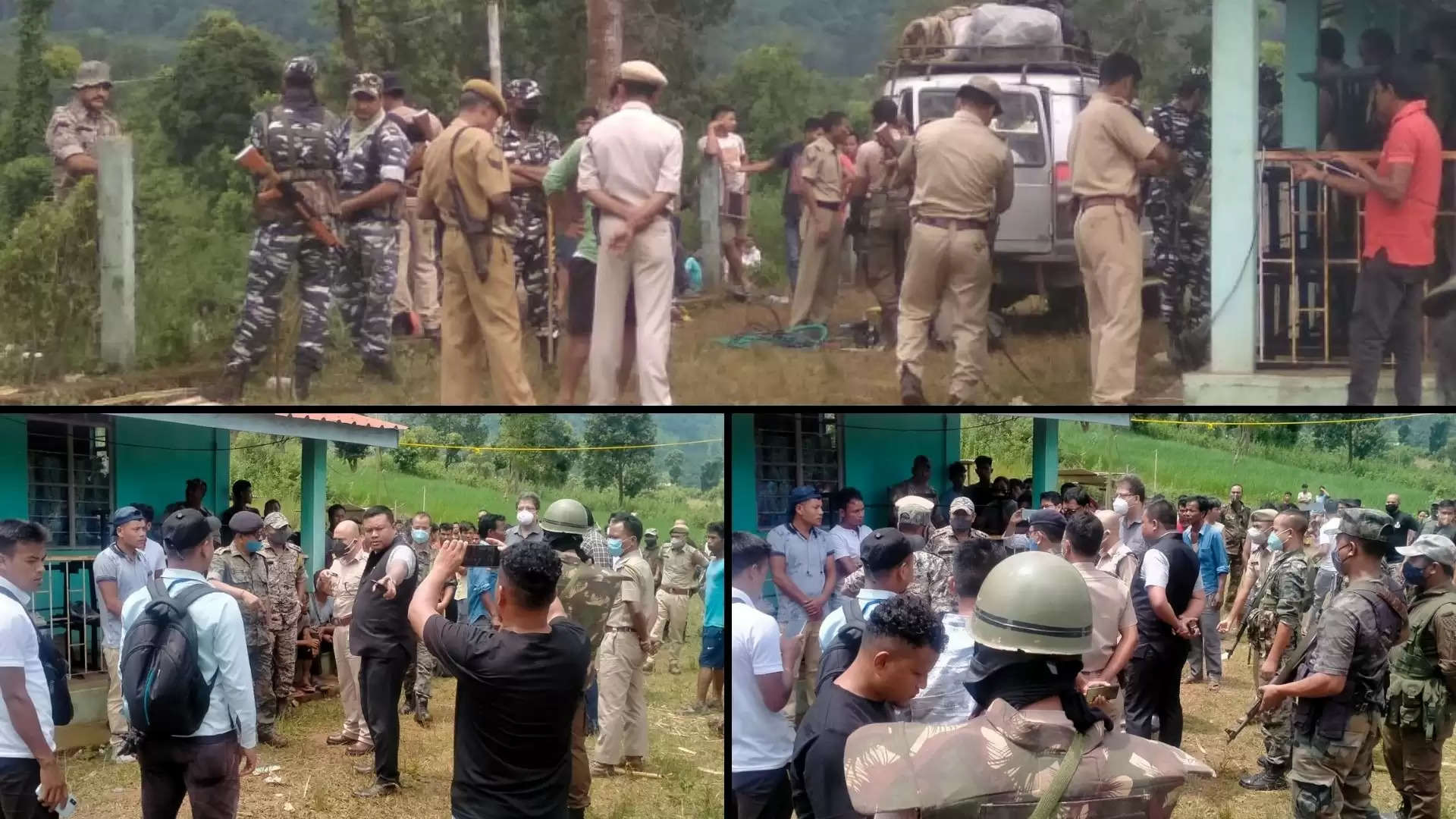 A clash erupted between Assam Police personnel and residents of three villages under the Mawhati constituency in Ri Bhoi district at Umlaper village, along the Meghalaya-Assam border, on August 24. There were no reports of anybody getting hurt in the conflict.

The incident occurred when residents of three villages - Umlaper, Ummat and Pdengtleit – stormed an Assam Police camp on Tuesday after news of police personnel allegedly thrashing three local youth at a check gate on Monday evening got circulated in the area. The locals destroyed the gate, which according to them was illegally set up to “extort” money from the people.

On receiving the information, the Superintendent of Police of both Ri Bhoi and West Karbi Anglong district of Assam, including the Member of District Council (MDC) Mawhati, Charles Marngar, and other officials from both the states reached the spot and brought the situation under control.

“The situation is back to normal now. The incident that took place on Monday evening too has been resolved,” said Ri Bhoi Superintendent of Police, Nazarius Lamare.

Mawhati MDC, Marngar said that the setting of that gate was illegal in the first place.  “Given the ongoing talks on the border issue between both states, we had asked our counterpart to remove the security forces from the area. While the CRPF had already vacated the area, the Assam Police personnel were still stationed there.” All three villages fall under Block II of the area, which is one of the 12 areas of contention between Assam and Meghalaya.

Meanwhile, an official from the Assam police informed that the gate was set up to keep a check on smuggling activities in the area after complaints of cattle theft were received along the interstate boundary.

“Four cattle theft cases have been filed in the last ten days from the area. We set up a gate after consultation with the Forest department and in the best interest of the public. We are here only to ensure the safety of people and their property,” the official said.

Lamare informed that following the intervention of officials from both states, the Assam police have agreed to remove the gate and withdraw their forces from the area.