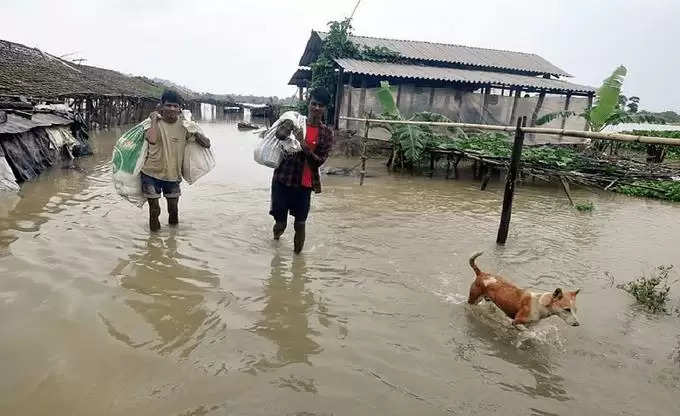 An inter-ministerial central team completed an on-the-spot assessment of the damage caused by floods and landslides during the current year in affected districts of Assam on Wednesday.

The team covered calamity-hit districts such as Kamrup, Goalpara, Bongaigaon, Nagaon and Hojai in three days.

The central team also met Assam chief secretary, Jishnu Baruah, and senior officials of the state government at Janata Bhawan on Wednesday and discussed the extent of damage caused by floods and landslides besides the loss of livelihood and property in the affected districts.

The chief secretary also urged the central delegation to consider releasing funds under the National Disaster Response Fund for repair and restoration work.

Meanwhile, Poundrik assured the state government and said that the team would submit the report with their recommendations to the Central Government soon.

Between May and October 2020, floods affected about 57.89 lakh people in 30 districts of the state. Floods resulted in the loss of over 123 lives, while landslides contributed to 26 deaths.