Accepting the defeat in the by-polls, Assam Pradesh Congress Committee (APCC) president Bhupen Kumar Borah said that the party believes that, despite this loss, it would surely rise in Assam again. 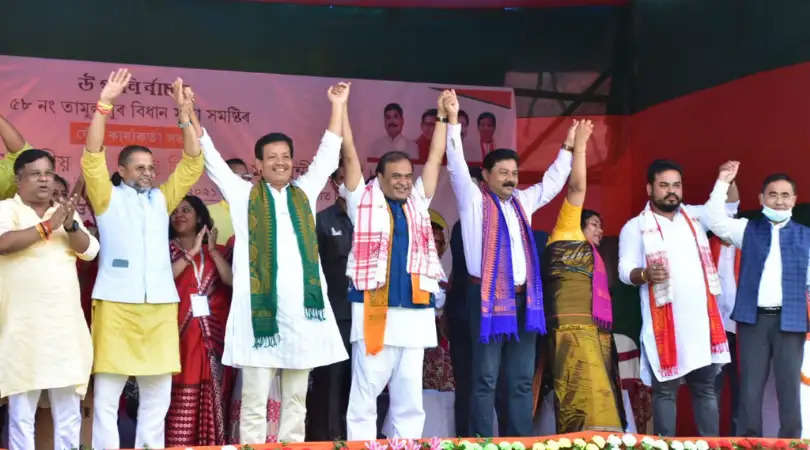 The Bharatiya Janata Party (BJP) and its ally United People’s Party Liberal (UPPL) swept all the five seats in the Assam by-polls that was held on October 30.

While the BJP won three seats, its alliance partner UPPL won two. The Congress, which contested on all the five seats, suffered a bigger margin of defeat than in previous polls.

According to the final report of the Election Commission of India (ECI), Congress dissenter and BJP candidate Sushanta Borgohain won the 107-Thowra seat by defeating his nearest rival, independent candidate Dhaijya Konwar, by a margin of 30,561 votes. While Borgohain secured 54,956 votes, Konwar managed only 24,395 votes.

In Mariani, it was Congress turncoat Rupjyoti Kurmi who had the last laugh for the BJP. Kurmi went passed Congress’ Luhit Konwar by 40,104 votes. While the tea-tribe leader secured 55,489 votes, Konwar could only muster 15,385 votes.

Hailing the people’s mandate, Chief Minister Himanta Biswa Sarma expressed gratitude to the people of the state over the win.

“Today's electoral victory in Assam across the five seats is phenomenal, because in every seat the victory margin was greater than the general election. I am a happy man today," Sarma said.

Accepting the defeat in the by-polls, Assam Pradesh Congress Committee (APCC) president Bhupen Kumar Borah said that the party believes that, despite this loss, it would surely rise in Assam again.

“Being in the position for just 100 days, the new APCC committee did not get enough time to prepare. Since the result of by-polls doesn’t change the government in the state, Congress wanted to test itself by fighting alone. We will continue to fight alone and work to strengthen our base,” said Borah.

Citing CM Himanta Biswa Sarma’s role in the poll campaigns as the reason for their defeat, Borah said, “While the CM promises to fulfill the demands of the people of the constituencies in public, people will surely get attracted. We also want the CM to fulfill his promises and as an Opposition we will keep a close watch on him.”