“Baghjan is a case of an ecological disaster and there are chances that, in an attempt to arrive at monetary valuations for all the losses, one may get stuck into nested assumptions and calculations, many of which would sound unrealistic,” it was stated in the study. 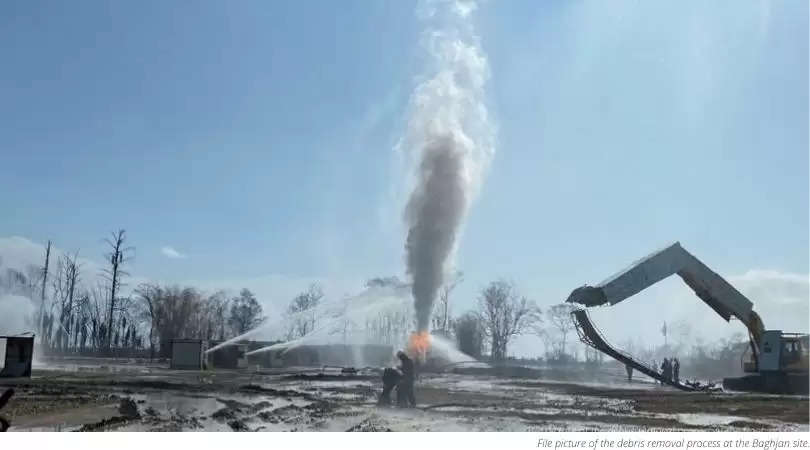 An impact assessment study conducted by the Assam forest department on the 173-day blowout/fire at a natural gas producing well of Oil India Limited (OIL) at Baghjan in Upper Assam’s Tinsukia district last year has estimated whopping ecological and economic losses to the tune of Rs 25,050.61 crore in and around Baghjan.

The author of the study titled, “Ecology & Economy: Lessons Learnt from Baghjan Blowout”, chief wildlife warden, M.K. Yadava, who was appointed by the state government to investigate the impact of the blowout on the ecosystems around Baghjan, close to Dibru Saikhowa National Park, also revealed that there has been a 55 per cent loss of biodiversity owing to the blowout.

“Baghjan is a case of an ecological disaster and there are chances that, in an attempt to arrive at monetary valuations for all the losses, one may get stuck into nested assumptions and calculations, many of which would sound unrealistic,” it was stated in the study.

“The route of ‘shadow pricing’ was adopted, wherein, in the cost of one item, cost of other items for which price is not known can be subsumed,” it stated.

Apart from “uncountable losses”, the author decided to list a very limited number of “countable” damages which could be directly and rationally arrived at.

The study revealed that the blowout, explosion and fire (from May 27, 2020, to November 15, 2020) directly impacted 40 listed scheduled animals in the Wildlife (Protection) Act, 1972 belonging to different classes, orders, genera, families and species.

“Habitat of these animals was disturbed, destroyed, the young ones, larvae, eggs and nests damaged. The actual visual count of dead animals listed in the Schedules of the Wildlife (Protection) Act, 1972 was found to be 91, including one Gangetic River Dolphin and two Hoolock Gibbons (mother and baby),” it informed.

In addition to these deaths, there were counted deaths of 25,825 animals (wildlife) belonging to 41 genera/ families.

“Condensate oil spread to a large area of 13.85 sq km, of which 7.97 sq km got burnt almost fully, 1.02 sq km in the surroundings got burnt partially, Secondary affected areas spread to 13.75 sq km. Dibru-Saikhowa National Park got impacted to the extent of 12.07 sq km,” the study revealed.

The study further blamed the faulty nature of environment clearances due to misreporting in the environmental impact assessment, which undermined the possibility of a blowout and the destruction it caused to the ecosystem.

More than 100 drilling sites are located in the surroundings of ecologically fragile and sensitive areas where the Dibru-Saikhowa National Park, the Bherjan Borajan Podumoni Wildlife Sanctuary and the Maguri-Motapung Beel are located. “But this appears to be of little concern to OIL,” it remarked.

“This situation has come to be because the environmental clearance provided by the ministry of environment and forests and climate change to these projects clearly stated that there were no national parks and wildlife sanctuaries within 10km of the project sites. As a result, no mandatory wildlife clearance was required, and hence, there was no “Regional Wildlife Management Plan” or any “Biodiversity Management Plan.”