Assam: Will the ‘ray of hope’ in ULFA-I truce translate into meaningful peace talks?

ULFA was formed in 1979 demanding a sovereign Assam. The outfit has since been carrying out insurgency in the state. 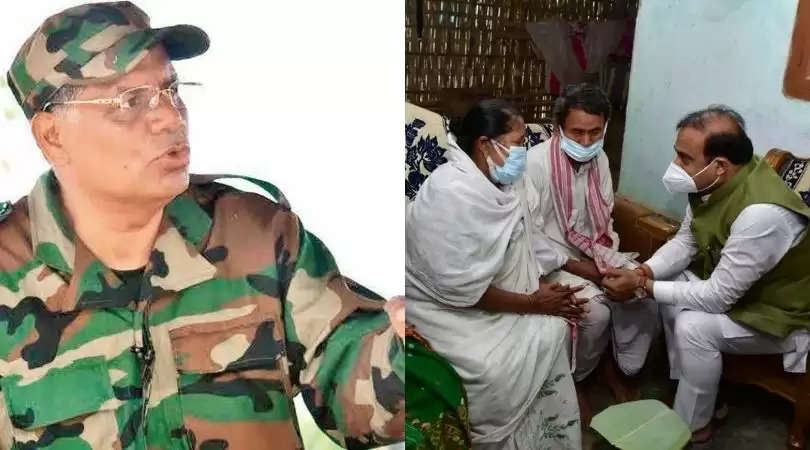 The declaration of a three-month unilateral ceasefire by proscribed United Liberation Front of Asom-Independent (ULFA-I) from May 15 in the wake of Assam Chief Minister Himanta Biswa Sarma’s appeal to the extremist groups in Assam to shun violence and pursue peace talks, can be seen as a “ray of hope”.

This is the second instance of the anti-talks faction of ULFA declaring a unilateral ceasefire since 15 years back when it suspended military operations to facilitate a team of mediators (called the People’s Consultative Group) led by the late author Mamoni Raisom Goswami to broker a peace deal.

A similar kind of optimism dates back to the split of the outfit in 2011, when another faction of ULFA, under Arabinda Rajkhowa, had announced a unilateral ceasefire for political negotiation and joined the peace process but the move was strongly opposed by the outfit’s self-styled commander-in-chief Paresh Baruah then.

Now, this truce by the anti-talks faction comes in the middle of a critical COVID-19 situation, with Baruah citing the medical emergency as the reason that has prompted the ULFA-I to “unilaterally suspend all military operations in Assam for three months from May 15”.

But is it really the pandemic that has prompted the militant outfit to declare a truce?

“As it is, ULFA-I has been subdued for some time having witnessed a constant erosion of its cadres and depletion of its coffers. The weaknesses have become apparent in the past four-five years. An aggressive policy of the government and a pro-India Myanmar government too has crippled the outfit, given that the outfit had its base/training camps in Myanmar,” a political analyst told The Northeast Today (TNT) correspondent on Wednesday.

As one report had a couple years back pointed out, “Myanmar could well be the last sanctuary for ULFA which had been dealt heavy blows during Operation Bajrang in 1990, Operation All Clear in Bhutan in 2003 and the crackdown in Bangladesh in 2009 which was followed by a division in its ranks.”

ULFA was formed in 1979 demanding a sovereign Assam. The outfit has since been carrying out insurgency in the state.

“Now having been on the back-foot for some years owing to many factors, ULFA-I has gone silent on the sovereignty demand, which was the only demand raised whenever any peace overtures were made. The outfit has placed some demands before ONGC, which the Assam government, under chief minister Himanta Biswa Sarma, has said would be looked into…even as the chief minister has clearly stated that the ground rules will have to be framed for peace talks,” he said.

It also quite unprecedented that ULFA-I chief Paresh Baruah has showered praises on a Chief Minister, saying that the new Chief Minister has appealed to the outfit for peace and has even showed an open stance towards hearing the demands put forth to ONGC.

Hours after the chief minister had informed the media that abducted ONGC employee Ritul Saikia was in Myanmar and in ULFA-I's custody, the militant outfit’s chief acknowledged the fact and even agreed to release Saikia once the pandemic situation improved.

“This could be a win-win situation…as a crippled outfit now depending more on extortions and abductions to replenish its depleting coffers, with an ageing chief, ULFA-I may want to come to negotiating table…and a new government making calculated moves to get the rebels to the mainstream and usher in peace,” the analyst said.

It may be mentioned that the security forces had stepped up pressure on ULFA-I after it abducted two employees of a private oil drilling firm in the Changlang district of Arunachal Pradesh on December 21, 2020. The two were released after almost four months.

On April 21, members of the outfit abducted three employees of ONGC from an oil rig in Upper Assam. Two of them were rescued after an encounter in Nagaland’s Mon district three days later, but Ritul Saikia, who was “missing since”, is now in Myanmar and under ULFA-I’s custody.

Such unilateral ceasefires were declared by the undivided ULFA-1 in 1991, but the outfit’s chief apparently did not show the intent for peace talks then. Later, the truce was only a stance to refurbish its cadres in the wake of the counter-insurgency operations.

Now it remains to be seen whether the “ray of hope” as the Assam government sees the truce, would actually be translated into meaningful talks for permanent peace.