According to the data, India reported 77 rape cases on an average every day, totalling to 28,046 such incidents reported in the year 2020 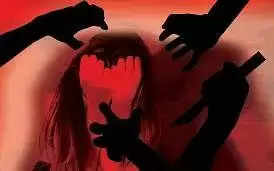 Rajasthan is followed by Uttar Pradesh, Madhya Pradesh and Maharashtra with 2,769, 2,339, and 2,061 cases, respectively, the data said.

ALSO READ: Students happy to be back in classes as educational institutes reopen in Assam