Assam Polls 2021 | Will fulfil all promises under Bodo peace pact before 2022: Amit Shah 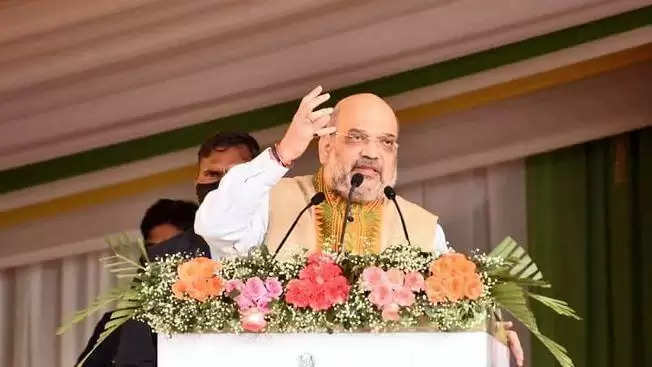 Union Home Minister Amit Shah, on Wednesday, raised the poll pitch with a pledge to the electorate of the 12 Assembly seats of the Bodoland Territorial Region (BTR) that the “double engine” BJP government would fulfil every promise made under the Bodo peace accord before 2022 to usher in permanent peace in what was earlier a strife-torn region.

Addressing a poll rally (his first of the three public meetings scheduled for the day) at Bijni in Chirang district as part of the BJP star campaigner’s final poll campaign leg in the state, Shah claimed that “over 2000 cadres joined the mainstream and two-thirds of the promises made under the peace pact had been fulfilled in the past six months.”

The Bodo peace accord, the third peace agreement with Bodo rebel groups, was signed in New Delhi on January 27 last year by the Centre and all four factions of the National Democratic Front of Bodoland (NDFB), the All Bodo Students’ Union (ABSU) and the United Bodo Peoples’ Organisation (UBPO).

“Bodoland Territorial Autonomous Districts (BTAD) has been re-named as BTR. We have provided Rs 4 lakh to each surrendered cadre. We have made the Bodo language the official associate language of Assam and sanctioned a Rs 750 crore package for the development of BTR,” he said.

“Now, we promise to fulfil all the promises made under the agreement before the year 2022 and usher in peace and development in BTR.”

Shah also stated that the double engine government had taken Assam on the path of development.

“We have fulfilled the three promises of ending atankvad (terrorism), andolan (agitation) and making Assam developed. But the Congress, during its 15-year-old term in the state, could do nothing as youths, citizens and policemen were killed during protests and agitations. Congress divided people and made them fight,” Shah alleged.

Turning his attention to Congress leader Rahul Gandhi, Shah said, “Rahul baba, who comes to Assam like a tourist these days, says Assam’s identity is Badruddin Ajmal. But how is this possible when Assam’s identity is Srimanta Sankardev, Dr Bhupen Hazarika? We will not allow Assam’s identity to be obliterated or influx to be encouraged by the Congress-AIUDF alliance.”

Shah also took a jibe at Ajmal and said, “The AIUDF chief might claim to have the keys to run the next government in Assam, but the keys are actually with the electorate of Assam.”