ASSAM POLLS 2021: Over 73 per cent voter turnout in second phase

The first phase of the Assam Assembly elections across 47 constituencies in 12 election districts also registered a healthy voter turnout of 79.97 per cent. 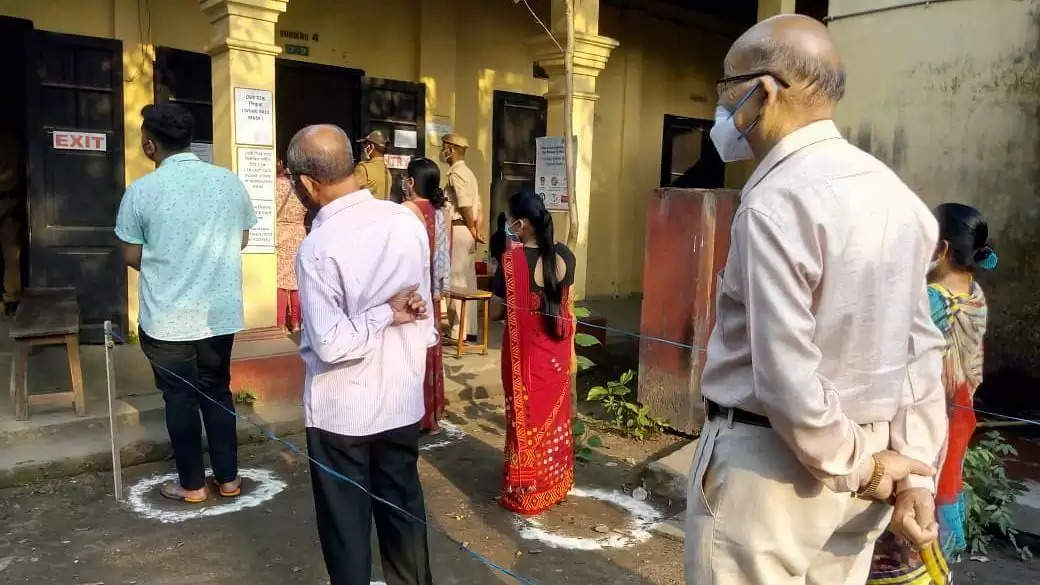 The second phase of Assam Assembly elections registered a voter turnout of over 73 per cent by close of voting time across 39 legislative Assembly constituencies in 14 election districts on Thursday evening.

The voting trends increased as the day progressed as the weather, which was a tad overcast in the morning, became pleasant and sunny in most parts of the state, enabling voters to make beelines to the voting rooms.

The final polling percentage is poised to increase further with reports from the remote polling stations still awaited.

Polling was peaceful during the day and afternoon. However, there was a report of “firing” prior to the end of voting time at a polling booth in Sonai in Cachar district, with locals alleging the involvement of a local legislator that sparked the incident and caused tension.

A police team led by Cachar Superintendent of Police B. L Meena rushed to the spot to take stock of the situation, even as there was no official statement on what triggered the incident.

As many 345 candidates were in the fray in the second phase.

Glitches in a few electronic voting machines were reported from some polling stations, but sources said that they were replaced for voting to resume.

As in the first phase, the culmination of the voting process in the second phase, which started at 7 am, was extended by an hour, owing to the COVID-19 protocols in place at the polling stations.

“The model polling stations showed the cultural legacy of the district through display of handicrafts and handlooms. First voters were gifted saplings,” said an official source.

The first phase of the Assam Assembly elections across 47 constituencies in 12 election districts also registered a healthy voter turnout of 79.97 per cent.