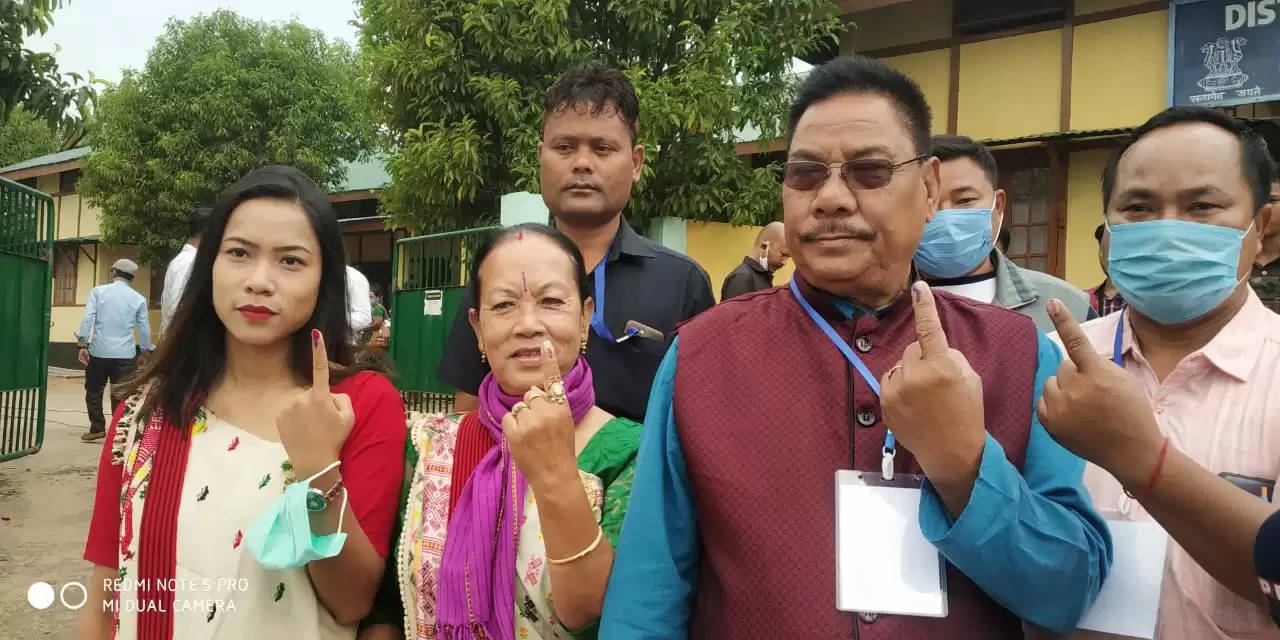 The Four (ST) Legislative Assembly constituencies of Karbi Anglong and West Karbi Anglong went to polls on Thursday, sealing the fate of 32 candidates in the hill districts.

Speaking to media persons, Engleng said that BJP's victory in the four (ST) LACs from the two hill districts is "certain".

Engleng’s wife, Ronghangpi, said, “The blessings of the people are there with us and, I am very happy. More women came out to vote. Women’s support is with us.”

Autonomous State Demand Committee (ASDC) candidate from Howraghat and party president Chandra Kanta Terang claimed that this time around, the wind is blowing in ASDC's favour across Karbi Anglong.

"People are disappointed with 15 years of Congress rule and now the BJP, as they have ruined the rural economy. If there is no EVM tampering and manipulation then, ASDC will win," he said.

“Why are sealed pack EVMs brought in after voting ended. This is wrong,” Tisso said.

The Returning Officer (RO) for Diphu and Howraghat (ST) LACs, Ng. Chandra Dhwaj Singha clarified that a few voters at Polling Station No.76 in Hatipura LP School of 19 Diphu (ST) LAC had registered complaints about two sets of EVMs, and one VVPAT that were found in a vehicle (Swift Dzire - No.AS-10GC-3773).

The RO clarified that the vehicle was being used by Borsing Rongpi, a Sector Officer of Sector 15 of 19 – Diphu (ST) LAC in his official capacity for replacement of any EVM in polling stations that may develop snags before or during the poll.

"The details were already issued in an official notification No.KA/AE/EVM Cell/Requirement/2021 dated 31st March 2021 and also given to the candidate etc," the RO said.

An Independent candidate supported by the All-Party Hills Leaders Conference (APHLC), JI Kathar, who cast his vote at Diphu Basic LP School, said, “The APHLC is hopeful of winning because of the support of hill-tribes people.”

According to polling officials, polling was free and fair. "The polling team is still going down to Longnit during filling of this report at 8 pm," officials said.