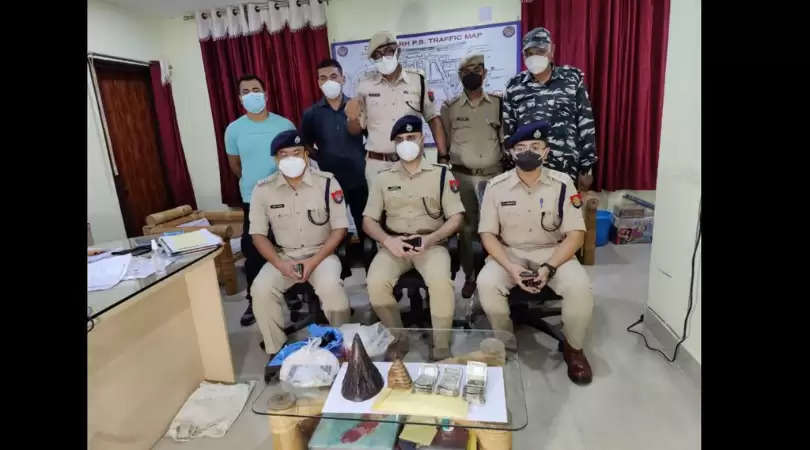 Dibrugarh police on Thursday arrested two persons from Panchali area and seized one suspected rhino horn, one piece of elephant tusk and 19 grams of heroin.

According to sources, the two persons detained were identified as Meraj Khan and Aniz Rahman.

Police have also recovered Rs 1.30 lakh from their possession.

Dibrugarh SP Shwetank Mishra said, “After receiving a tip-off, we conducted a raid at the residence of one Miraj Khan and seized one suspected rhino horn, one piece of suspected elephant tusk and 19 grams of brown sugar from his possession”.

Mishra further said, “Our interrogation is on. Right now, we cannot disclose more information because our investigation is at a preliminary stage”.

“Both were involved in drug trafficking and were dealing with illegal smuggling of animal parts,” said a source.