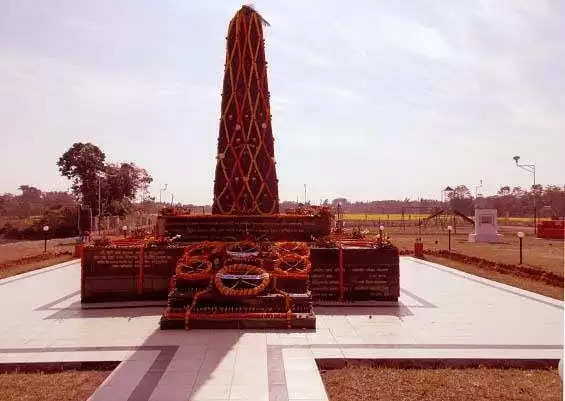 Assam on Saturday paid rich tributes to over 140 persons who had lost their lives in a peasants' uprising at Patharughat in Darrang, about 60 kms from Guwahati, way back in 1894, with chief minister Sarbananda Sonowal describing it as one of the biggest peasants' revolt in India under British rule.

The Patharughat uprising of 1894 occupies a special place in the history of India's freedom struggle. It was one incident where over 140 peasants had attained martyrdom in a remote village in Assam over 122 years ago.

The uprising was triggered by a British government decision in 1893 to increase agricultural tax by 70 to 80 per cent. While peasants across Assam began protests through a series of raij-mels (people's conventions), it turned violent on January 28, 1894 after the police opened fire to disperse the agitating peasants at Patharughat.

The Assam Chief minister, who underlined the need to take the story of sacrifice by such a large number of people to the entire nation, also announced his government's plan to develop Patharughat as a tourist destination. "The government of Assam will develop Patharughat as a tourist destination which chronicles the valiant history of the martyrs of 1894 peasants' revolt in Assam. This way, we will also make its history known to the new generation and the visiting tourists," Sonowal said.

He further added that a Farmer's Training and Research Centre would be set up as a tribute to the peasant martyrs.He also ensured that his government would help the farmers community gained respect in the society and also live a life full of dignity.

Image:Representational image from the internet