The All India United Democratic Front (AIUDF), a principal Opposition party that enjoys a large support base amongst the Bengali-origin Muslims of Assam, termed the chief minister’s statement, made during a media conference here, as “one-sided” and “unfortunate”. 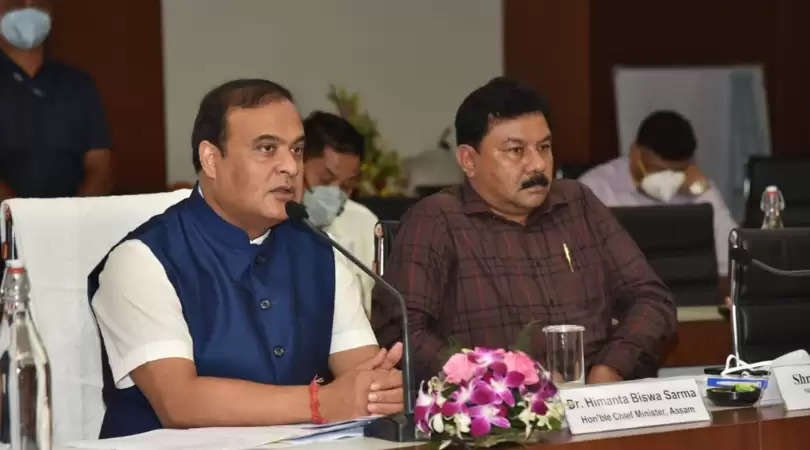 A day after Assam Chief Minister Himanta Biswa Sarma appealed to the minority Muslim community to adopt “decent family planning norms” to control the population and alleviate poverty in the state, principal Opposition parties here have taken umbrage and stated that the remark was uncalled for.

The All India United Democratic Front (AIUDF), a principal Opposition party that enjoys a large support base amongst the Bengali-origin Muslims of Assam, termed the chief minister’s statement, made during a media conference here, as “one-sided” and “unfortunate”.

AIUDF spokesperson Aminul Islam stated that “Instead of asking only a particular community to adopt family planning norms, the chief minister should find out the reason and focus on finding out a solution to controlling the population.”

Islam further stated that according to social scientists, the main cause of population growth is lack of education, dearth of social awareness and poverty.

“The honourable chief minister should take all communities into confidence, and accordingly, take requisite measures to control the population in the state. The government should create avenues to provide employment, educate and make people aware about the society in the char (riverine) and backward areas,” the AIUDF leader said.

The Sarma-led Assam government has in a month's time embarked on a series of eviction drives to remove “illegal” settlers (mainly from the immigrant minority community) from government land and religious sites. The eviction drives have drawn flak from the Opposition parties and some organisations.

“Such a statement is unbecoming of the chief minister of a state who is expected to be well versed in the demographic facts of the state,” an APCC statement said.

“But if the honourable chief minister is referring to the ‘population explosion’ that may happen in future due to immigration of people from Bangladesh and Pakistan because of implementation of the Citizenship Amendment Act (CAA) then perhaps his concern is valid,” the APCC stated.