Assam on the brink of becoming self-sufficient in fish production 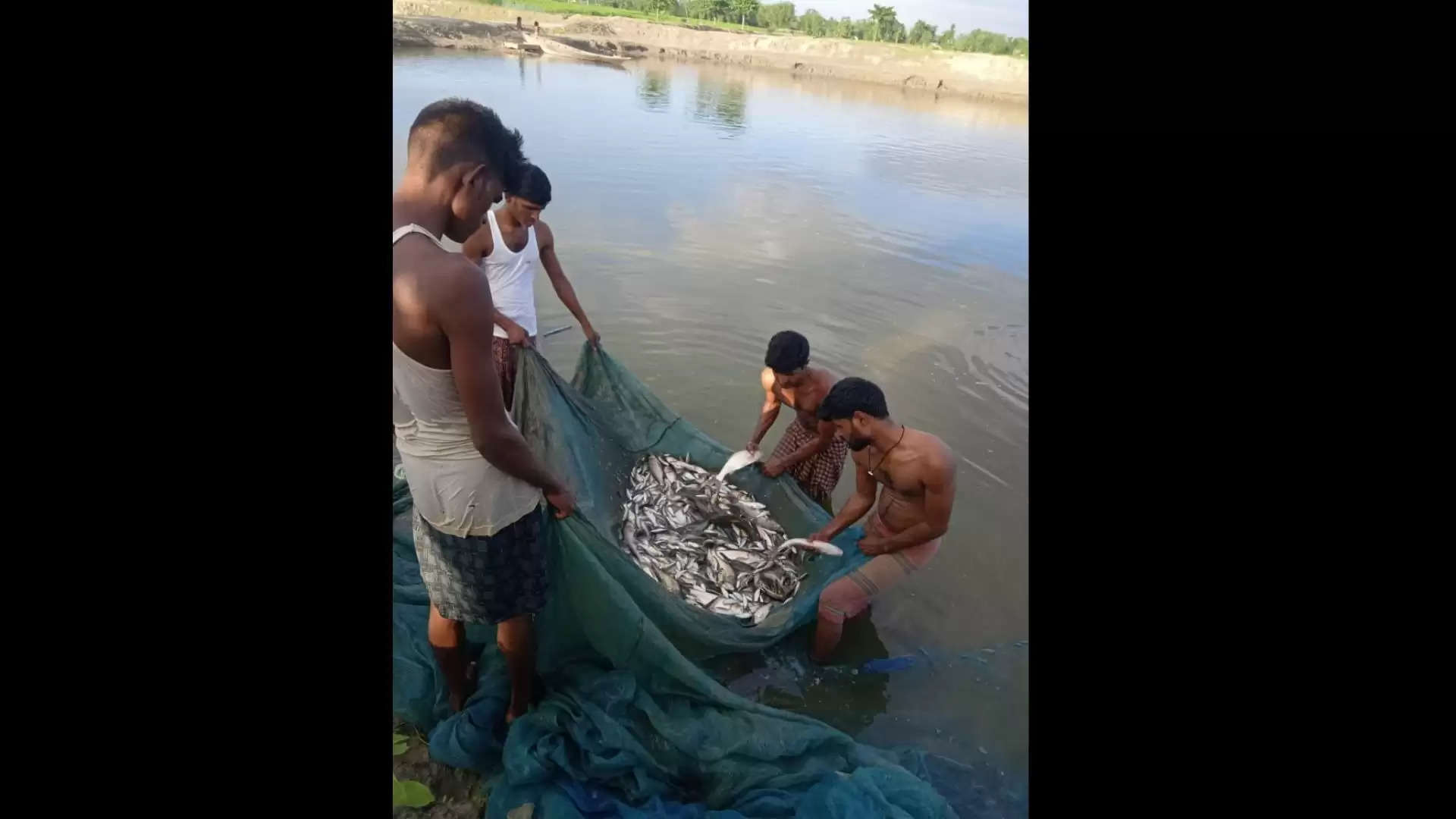 Assam is on the brink of becoming self-sufficient in fish production.

Fish seed production too has increased from 5,678 million to 9,886 million in the same corresponding period, witnessing a rise of 74.11 percent.

Besides, 521 fish seed hatcheries have been built under different schemes for the period 2016-17 to June 2021-2022 while 20 fish feed mills have come up during the same period.

Deka said that 13 Recirculatory Aquaculture Systems (RAS) have been introduced, besides 38 batteries of modular cages in several beels.

As many as 87,000 applications for KCCs (Kisan Credit Cards) have been submitted to the banks out of which 8,500 have been sanctioned so far.

Sources said that livelihood support has been extended to 20,000 fishermen with central share being Rs 3,000 and beneficiaries’ share Rs 1,500.

A draft State Fishery Policy is being finalized as well, which will boost the fisheries sector in a big way.

In the past couple of years, 99 fisheries development officers, 32 junior engineers, 98 fishery demonstrators, 30 junior assistants and 11 Grade IV staff have been recruited.