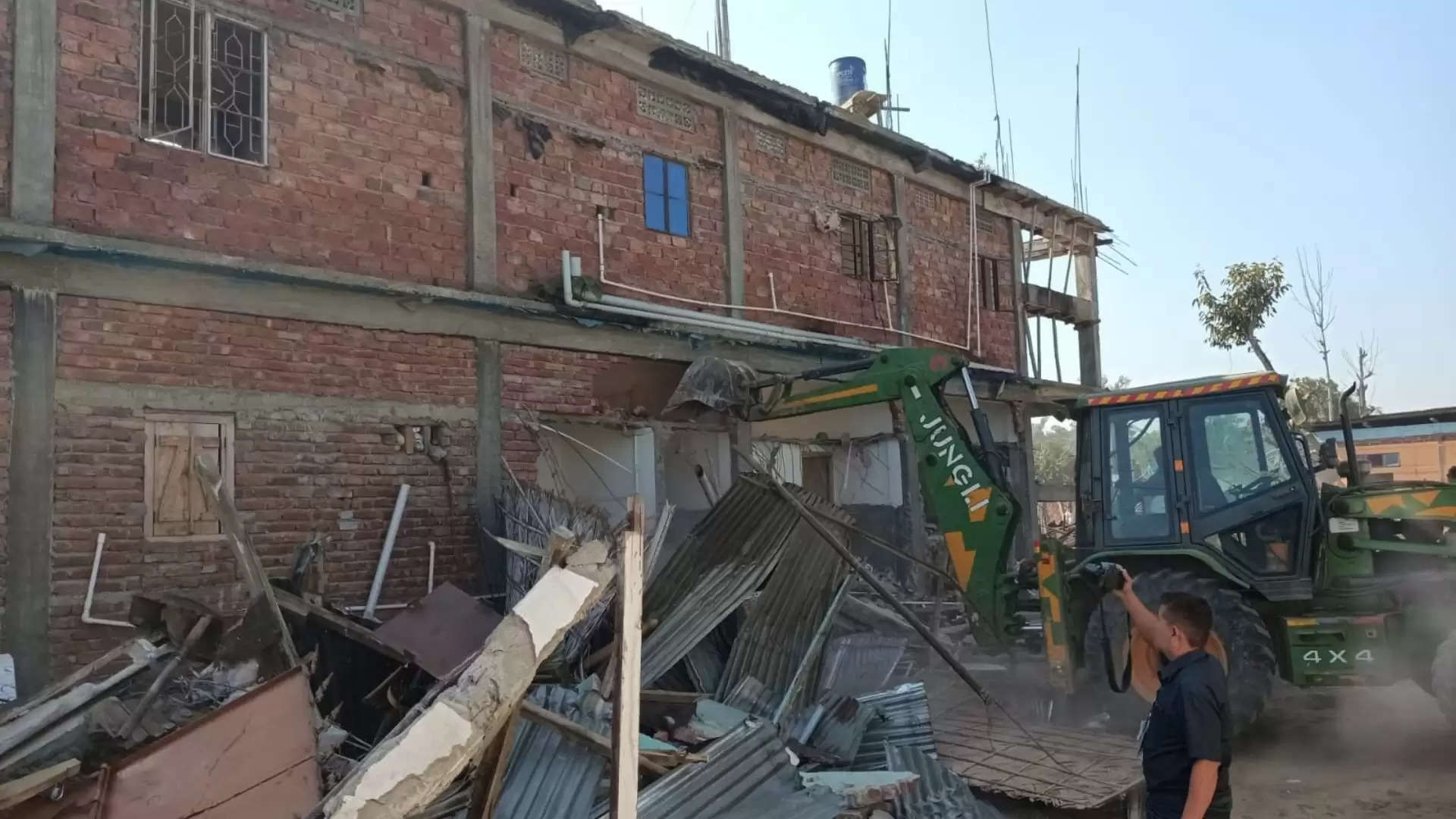 Chief Minister Himanta Biswa Sarma stated that the area has remained a hub for drug peddlers, and that the drive was important to contain illegal drug trafficking, “Assam police have arrested several drug peddlers and mafias from the area. It was necessary to carry out the eviction drive to free the encroachment and make the area crime-free. 3,500 people were residing in the government land and after this drive, drug trafficking in the state will go down,” Sarma said.

Ro ensure that no untoward incident was reported during the drive, 420 security personnel, including Assam Police and Central Reserve Police Force (CRPF) have been deployed in the area, with the district administration promulgating Section 144 of CrPC to maintain law and order in the area.

Karbi Anglong deputy commissioner (DC), Dibakar Nath and superintendent of police, Pusparaj Singh monitored the drive, which started at 8 am, and ensured that shops and business establishments remain closed within a radius of 700 metre of the colony.

Nath mentioned that the people living in the locality belong to Muslim, Nepali and Naga communities. “Following a request from the KAAC, we started the drive. By 3 pm, the work was over. It was peaceful,” he stated.

Echoing his sentiments, Singh said, “Out of the nearly 3000 people, 2000 were living in allegedly illegal houses and had left the locality by December 19.”

Most of the area under Lahorijan and Dudu Colony is situated at the edge of Nagaland border and is either revenue land or belongs to Nirmal Kumar Tea Estate – the latter is the most affected where large scale encroachments have taken place over the years.

Notably, the land revenue department had already demarcated the area, issuing an eviction notice to 107 individuals, occupying the land for the past several years, of whom, six have legal protection from Guwahati High Court.

Most of the residents in the colony are migrant labourers who work in Dimapur, Nagaland, and live as tenants within Assam’s territory.

Even before the eviction drive began, some of them voluntarily vacated their rented premises, while the remaining did not resist as they already relocated inside the Nirmal Kumar Tea Estate that is off the eviction drive.

According to the report, two Muslim mafias, Asad Khan and Ramjan Ali, encroached on the forest land, and later sold/rented the land to hundreds of illegal settlers.