Three districts – Dibrugarh, Sivasagar and Nagaon – where the trends have not been that favourable, will be under strict vigil, he said. 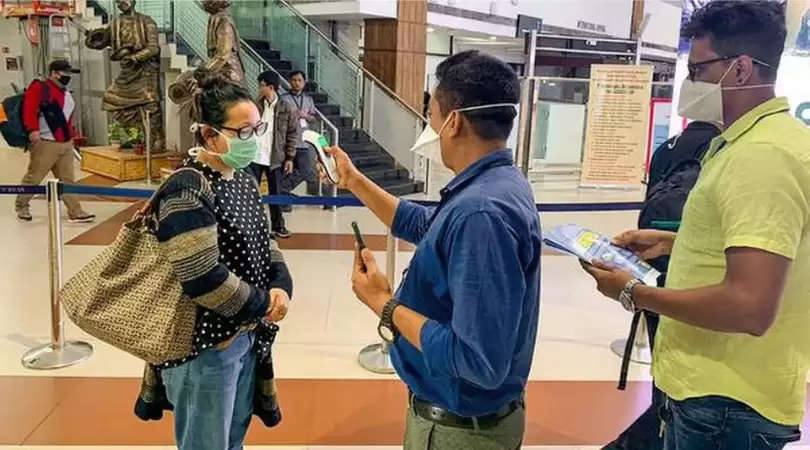 Passengers arriving in Assam from other Northeastern states will have to undergo mandatory COVID tests at the airport and railway station, the revised standard operating procedures (SOPs) which were announced on Monday, stated.

Announcing the SOPs here, state health and family welfare minister Keshab Mahanta said that even “fully vaccinated passengers from other Northeastern states arriving at the airport and railway station would have to undergo RT-PCR tests upon arrival, albeit free of cost.”

“Earlier, such a norm was not applicable for passengers from the other Northeastern states. However, there has been a surge in COVID cases in these states and the respective governments have accordingly enforced strict regulations to control the situation. Therefore, we have made RT-PCR tests mandatory upon arrival at the airport and railway station henceforth,” Mahanta said.

Meanwhile, the COVID curbs in two “red” districts of Assam – Morigaon and Goalpara – have been relaxed while five other “red” districts – Golaghat, Jorhat, Lakhimpur, Biswanath, Sonitpur – will continue to remain as “total containment districts” for another week in accordance with the new SOPs to be effective from Tuesday morning.

Mahanta said the COVID situation in the past ten days has improved in Morigaon and Goalpara districts following which the curfew in these two districts will be clamped from 1pm and all shops and commercial establishments will be allowed to be open till 12 noon.

The new SOPs were prepared in a review meeting on Sunday chaired by chief minister Himanta Biswa Sarma in the presence of the health minister and senior health officials.

“After reviewing the situation, we have decided to keep the five districts of Golaghat, Jorhat, Lakhimpur, Biswanath, Sonitpur as total containment districts for another week in order to control the situation to a satisfactory level even as there has been a decline in cases,” Mahanta said.

The old norms shall continue to remain in force in the remaining 27 districts where shops will remain open from 5 am to 4 pm everyday and curfew shall be clamped from 5 pm to 5 am the next day.

In Kamrup Metro district, which has recorded a little over 2000 cases in the past ten days, the situation has been under control.

“The relatively higher number of cases in Kamrup Metro district is primarily because of the cases reported from airport/railway station and hospitals. Some cases have been reported from Khetri and Sonapur,” Mahanta said.

Three districts – Dibrugarh, Sivasagar and Nagaon – where the trends have not been that favourable, will be under strict vigil, he said.

Inter-district transport services and movement of people shall remain suspended for another week, the new SOPs state.

“Besides, gatherings have been restricted to a maximum of ten persons in marriages/religious ceremonies and funerals,” he said.

In regard to the Eid celebration (June 21), the minister fervently appealed to the Muslim community in the state to offer prayers (namaz) indoors, while limiting gatherings to a maximum of five persons at the mosques.