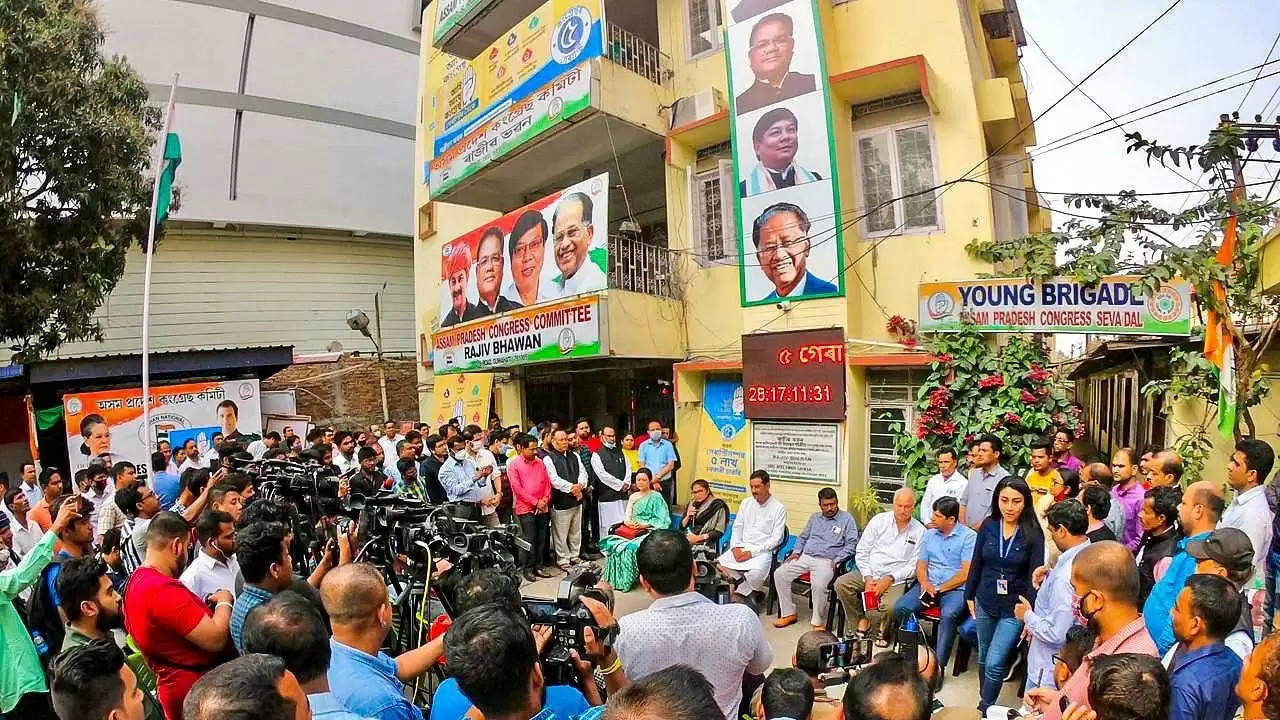 Ahead of the Assembly polls in Assam, the Opposition Congress on Monday installed LED panels across 33 districts of the state to remind the electorate of the countdown to the party “regaining power” and “getting the process of fulfilling its five guarantees rolling”.

All India Congress Committee (AICC) general secretary (in-charge of Uttar Pradesh), Priyanka Gandhi Vadra during her recent visit to the state, made “five guarantees” – to hike the daily wages of tea garden workers, bring a law to invalidate the contentious Citizenship Amendment Act (CAA), provide five lakh government jobs, free electricity up to 200 units per household and Rs 2,000 per month to homemakers.

The panels installed by the party have a message of the countdown to the fulfilment of the “five guarantees” while, placed below it, is a countdown meter, vividly displaying the days, hours and seconds left for the poll dates.

Speaking at the launch of the installation of an LED panel at Rajiv Bhawan here on Monday afternoon, AICC general secretary, in-charge of Assam, Jitendra Singh, reiterated that “the state would be free from CAA once the Congress returns to power. Tea workers’ wages will be hiked as promised, and it will empower women. Youths will get five lakh jobs, and the party will do all it can to reduce the burden of inflation.”

He further informed that the “Save Assam” campaign would be continued more vigorously in the next phase, and the party’s vision and promises would be made known to all sections of people during the drive.