The Chief Minister’s statement came after a meeting with Jeet Adani, the vice president of Adani Group Finance Department, in Guwahati on September 3. 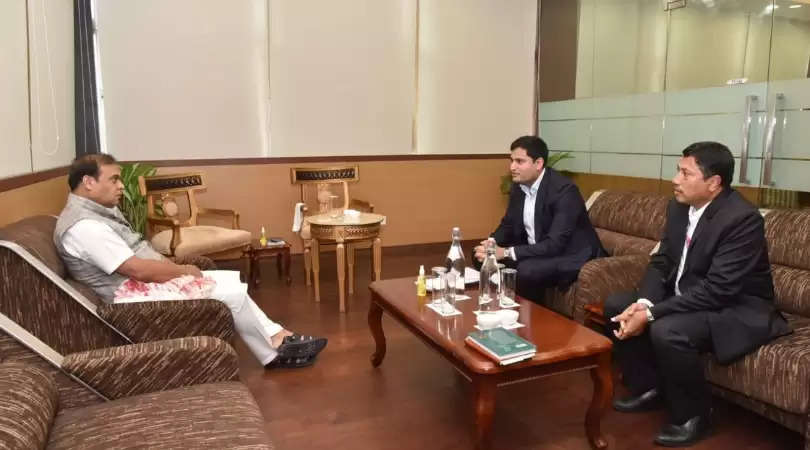 Reiterating what he said following a controversy over the alleged change of name of Guwahati Airport, Assam Chief Minister Himanta Biswa Sarma on Friday said that he has made it clear to the Adani group that there will be no renaming of the airport.

The Chief Minister’s statement came after a meeting with Jeet Adani, the vice president of Adani Group Finance Department, in Guwahati on September 3.

Recently, the issue of the renaming of the airport had created a controversy after an advertisement by the Adani group in a local newspaper named the Lokapriya Gopinath Bordoloi International (LGBI) Airport as Adani Guwahati International Airport Limited (AGIAL). The advertisement drew severe criticism from various quarters in the state.

Reacting to Sarma’s statement after the meeting with the Adani group, Lurinjyoti Gogoi, president of Assam Jatiya Parisad (AJP), said that the government may have retained the name of the airport but it has sold the facility to private players.

“From the very beginning, our stand has been clear that we are against privatisation of the airport. Today, it may say that they will never change the Guwahati Airport’s name, but in reality, the government has already sold it off to the private company,” he said. He further added that this privatisation of the LGBI Airport will have serious repercussions on smaller airports around the state which are dependent on the revenue generated from the facility. “As we have said before, we will continue our protests against this move,” he said.

Stating that some regional parties and organisations have blown the issue out of proportion in an attempt to mislead the people of Assam, state Bharatiya Janata Party (BJP) spokesperson, Pabitra Margherita said that giving responsibility of partial-management of an airport to a private company by no means implies that the facility has been sold to the said company.

“If you lease out a canteen of a college to a private catering company, does it mean that the caterer now owns the college? Similarly, when a private player is providing some limited services in an airport, how can you say that it has been sold to the player? These are all baseless allegations and the people of Assam know that very well,” Margherita said.

Notably, the Adani Group won the Airport Authority of India’s (AAI) tender to modernise and operate six airports – Ahmedabad, Lucknow, Mangaluru, Jaipur, Guwahati and Thiruvananthapuram - for a period of 50 years. And the Group is likely to take over the management of LGBI Airport by October 2021.