The RSS supremo asserted that India “does not need lessons on secularism, socialism, democracy from the world, as these virtues are inherent in our culture.” 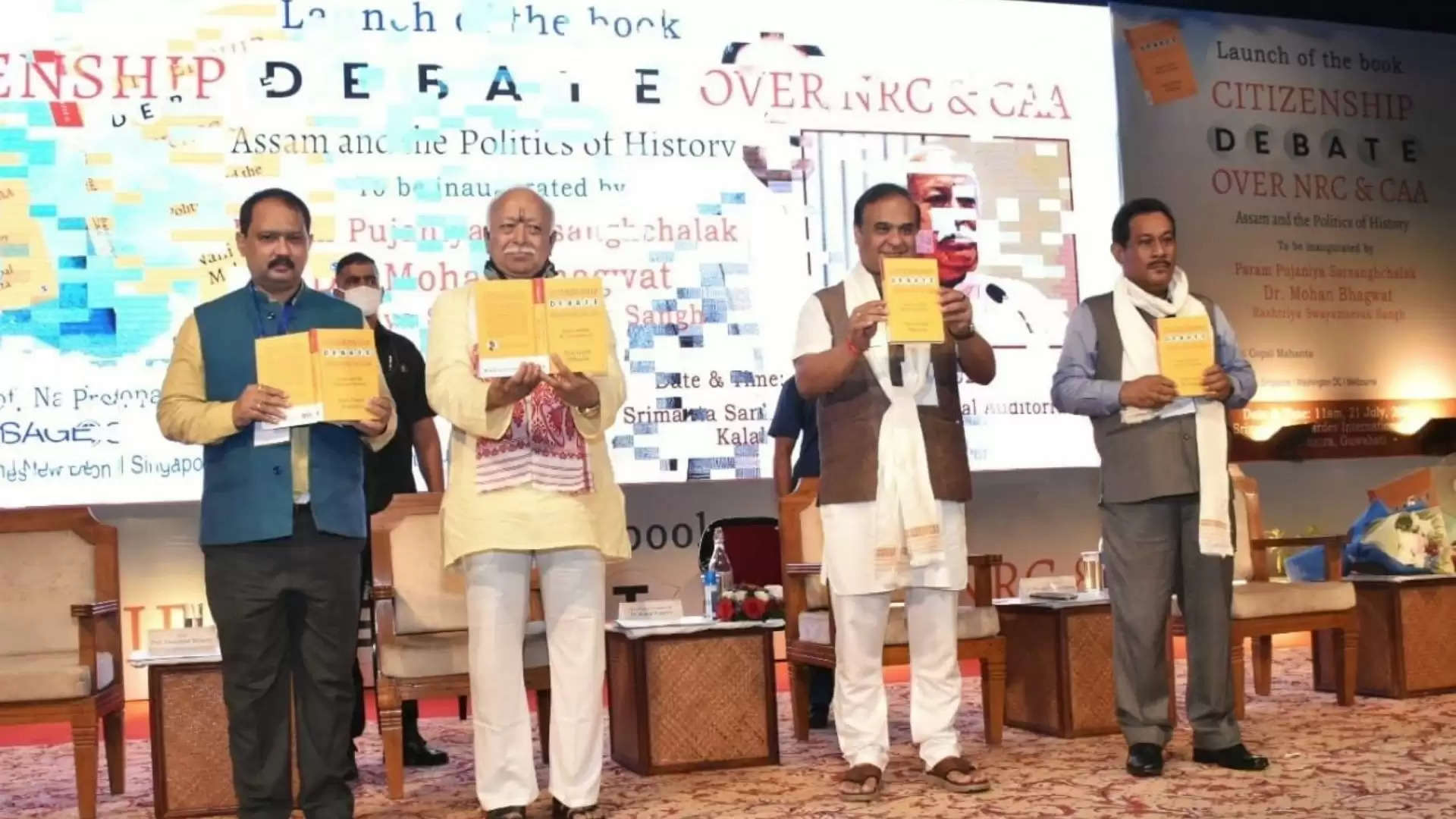 Rashtriya Swayamsevak Sangh (RSS) chief Mohan Bhagwat on Wednesday claimed that the Citizenship Amendment Act (CAA) would neither affect Indian Muslims nor create a Hindu-Muslim divide in the country.

“CAA is not against any any Indian Muslim. Indian Muslims will not be affected by CAA. Our country has always taken care of its minorities, unlike Pakistan or Bangladesh.” Bhagwat said here during the launch of a book, Citizenship Debate Over NRC and CAA: Assam and the Politics of History, authored by Prof. Nani Gopal Mahanta of Gauhati University.

The RSS supremo further asserted that India “does not need lessons on secularism, socialism, democracy from the world, as these virtues are inherent in our culture.”

“We do not have any problems with any religion. Indian culture/civilisation, which is 5000 years old, has taught us to be secular and respect each others’ religion and language,” Bhagwat, who arrived here for a two-day visit on Tuesday, said.

Regarding NRC, he alleged that a communal narrative has been created only to gain political mileage.

Assam Chief Minister Himanta Biswa Sarma, while speaking on the occasion, said that the CAA movement in Assam “is different from the Shaheen Bagh protest in Delhi back in December 2019.”

The anti-CAA agitation in Assam “is not aligned with any argument of anti-CAA protesters in mainstream India,” he claimed.

“We need to understand why there is so much resistance to CAA in Assam. But opinions of people agitating against CAA in other parts of mainstream India is communal… as they want citizenship for Muslims from other countries. But in Assam, our debate is different. Here we do not allow citizenship to Muslim or Hindu migrants,” the chief minister said.

Sarma alleged that the “Leftists and liberals tried to spread misinformation during the CAA agitation to drive a wedge in society along linguistic and communal lines. They were active during the recently concluded Assembly polls in Assam. But we have seen through their game, and realised why we need CAA.”