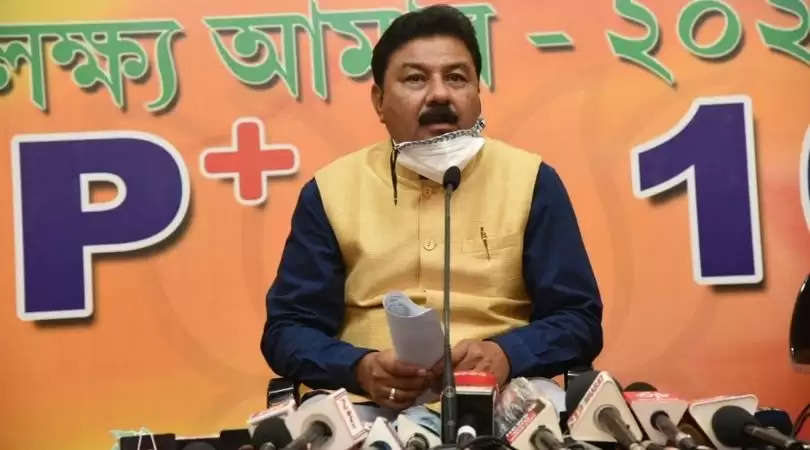 Amid predictions by nationwide exit polls favouring the National Democratic Alliance (NDA) in Assam to retain power, the state BJP has come up with its analysis, predicting that the saffron party-led alliance (Mitrajot) will win at least 83 of the 126 legislative Assembly seats that went to the three-phase polls during March 27 and April 6.
Addressing reporters at the party headquarters here on Friday, Assam BJP president Ranjeet Kumar Dass predicted that the BJP alone would likely bag 70 seats.
“From the poll analysis made by our organisation and compiled by our party workers, we predict the BJP will bag 70 seats, while our allies Asom Gana Parishad will get not less than eight seats and United People’s Party Liberal (UPPL) will win not less than five seats. So, the BJP-led alliance has winnability in at least 83 seats,” Dass said.
However, the position of the BJP in at least 21 other constituencies remains ‘doubtful’, the BJP survey predicted.
“From these doubtful constituencies, the alliance could get another three more seats to take the tally beyond the 85-mark,” he said.
The BJP had earlier maintained that the party-led alliance would win 100 plus seats.
The results of the Assam Assembly elections, which saw a keen tussle between the BJP-led Mitrajot and the Congress-led Mahajot (Grand Alliance), will be declared on Sunday, May 2.