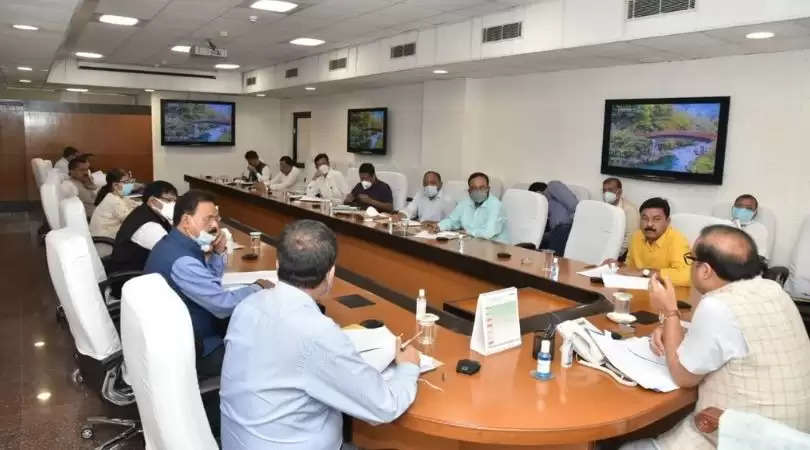 Thirteen Cabinet ministers will now don the hat of "guardian" ministers and look after administrative matters of all the 34 districts in the state.

The decision to appoint the guardian ministers was taken during the third Cabinet meeting chaired by chief minister Himanta Biswa Sarma here on Wednesday.

As guardian ministers, each Cabinet minister has been given the responsibility of two to three districts.

They will have to ensure implementation of government policy decisions, administrative reforms and other people welfare schemes, centrally sponsored schemes and state own priority programmes and to dispose of petitions speedily received from the general public.

“Earlier, there was a provision of in-charge ministers, but their roles and responsibilities were not clearly defined. Now, the guardian ministers will abide by the decisions taken by the Cabinet and perform their roles accordingly,” said Cabinet spokesperson Pijush Hazarika here on Wednesday.

An officer in the rank of secretary will be appointed to assist the guardian ministers.

“The guardian ministers will have to submit a report to the chief minister. If there are any problems/obstacles in the implementation of particular schemes where policy decisions are required from the government/Cabinet, they will make recommendations to the government for consideration,” Hazarika said.

“They will recommend awards for best practices in the district and also prepare a vision document for the district with the help of the district administration and other line departments,” he said.

Besides, each guardian minister will prepare a plan for infrastructure development in the district.

“The guardian ministers will also study the resources available in a particular district and submit a plan to provide employment to unemployed youths in the district. They will also recommend district-specific matters where budget provision is required,” Hazarika said.