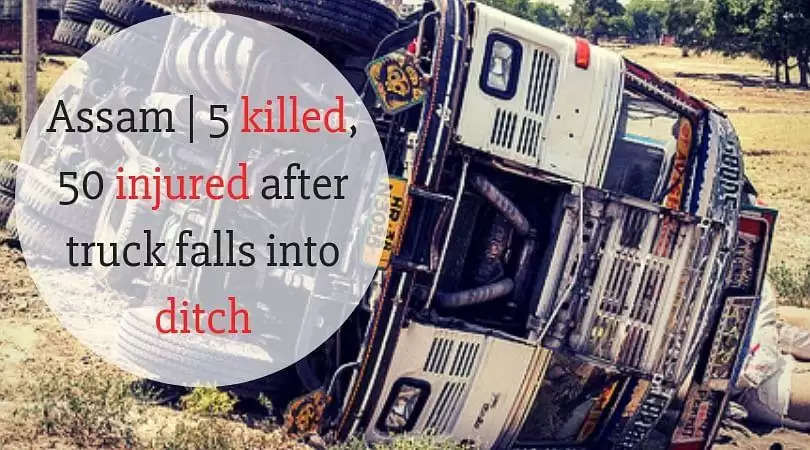 At least five persons were killed and 50 others injured, many of them seriously, when the truck in which they were travelling fell into a roadside ditch in central Assam's West Karbi Anglong district on Sunday, the police said.

About 60 to 70 people were returning home from pre-Christmas celebrations when the truck fell into the ditch at Mukhim Road in interior Jirikindeng area around 3.30 pm, they said.

Two persons died on way to hospital while three others succumbed to their injuries in hospital, the sources said.

Senior police and civil officials have rushed to the accident site, they said, adding that the driver of the truck was suspected to have been in an inebriated condition when the incident happened.