The molasses, not fit for human consumption, were seized from the godown of one Prodip Gupta. 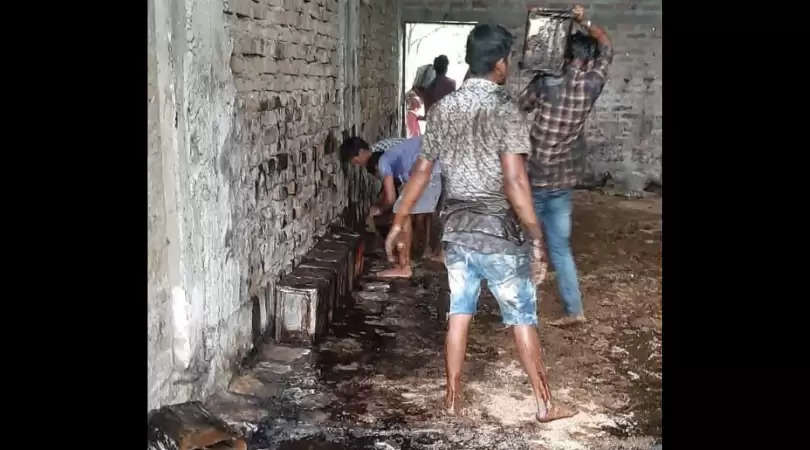 A joint team of Excise and Food Safety personnel raided a molasses godown in Golaghat on Tuesday, and destroyed about 2500 tins of molasses (lali gur) used in the production of illicit liquor.

The molasses, not fit for human consumption, were seized from the godown of one Prodip Gupta.

"The molasses stored in hundreds of tins not fit for consumption and for making illicit liquor (sulai) were seized and destroyed," said Baruah.

The illicit consignment was dumped at a nearby pond in the presence of police officials and personnel from the Excise, Food Safety and other departments.

It was informer that before conducting the raid, the Food Safety department had served notice to the owner of the godown on June 20, directing him to destroy the molasses as it was produced and stored without any valid documents.

Subsequently, an FIR was filed against him by the Food Safety Officer at Merapani Police Station.

The action taken by the departments has drawn appreciation from different quarters who opined that such raids should continue to halt the production and sale of illicit liquor.