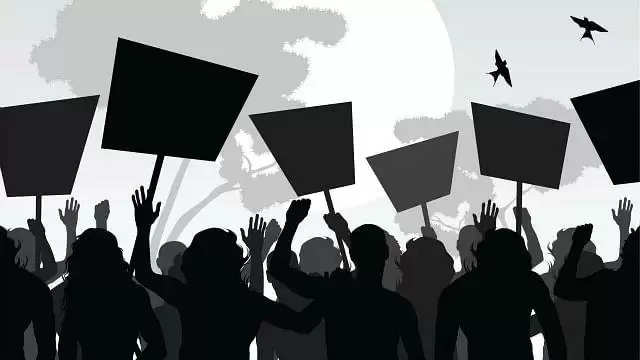 The All-Party Hills Leaders Conference (APHLC) held a demonstration at the Semson Sing Ingti Memorial Park on Monday, to protest against implementing the Panchayati Raj in the hill districts of Karbi Anglong and West Karbi Anglong.

The demonstration was also in protest against the massive corruption in the land compensation of the four-lane road widening work of the Doboka-Dimapur via Manja road along National Highway (NH)-36 and not giving land pattas to the hill tribes.

APHLC members from different parts of the districts took part in the demonstration.

While blaming the Karbi Anglong Autonomous Council (KAAC), APHLC spokesperson Angtong Engti said that the KAAC authority knows that the Panchayati Raj Act is not applicable in the hill districts.

“But they have kept it secret, as they do not want people to know. Some private companies have come and started putting up permanent houses, and number plates in every house. We asked the secretary and joint secretary of the KAAC and BDOs, but they could not tell us,” Engti said.

“We want to ask the chief executive member of the KAAC, Tuliram Ronghang, what is the purpose of putting up the permanent house number plate in every house?”

The APHLC is also protesting against the KAAC for allowing the State Election Commission to conduct the KAAC elections.

“The KAAC should make up its election conducting authority under the sixth schedule provision,” Engti said.

“There is huge corruption in land compensation of the four-lane road widening work from Doboka to Dimapur along NH-36. Some villagers have no permanent land pattas. The executive member (EM) of the KAAC, Amarsing Tisso is telling the villagers, I will prepare pattas for you, but while getting compensation for the land (they) must give a share of the money. The EM is looting money from villagers. Instead of looting money from villagers, the KAAC should instead distribute free land pattas to the poor villagers,” he said.

“The KAAC is against hill tribes. The money coming from Central and State government meant for the development of hill tribes is benefited by non- scheduled tribe people. In the primary education department from Rs. 7 crore contract works, more than Rs. 4 crore went to Kamal Jain, a business owner in Diphu town, who is a non-scheduled tribe person,” Engti said.

Later, they submitted a memorandum to the CEM of the KAAC, Tuliram Ronghang, in which the APHLC reiterated its demand for framing new laws for conducting the KAAC elections.

The memorandum also demanded the preparation of voter lists according to paragraph 2 (7) and 20 of the Sixth Schedule of the Constitution, and the judgment made by Gauhati High Court on July 13, 2020.