The decision was taken in the second Cabinet meeting which was chaired by chief minister Himanta Biswa Sarma on Wednesday. 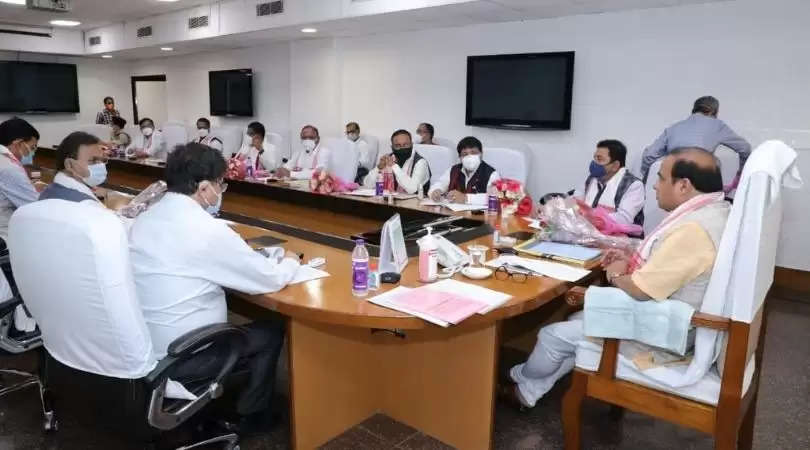 The Assam government has decided to provide free electricity to new oxygen generation units and revive non-functional oxygen plants, in a move to encourage setting up more such plants and avert any possible crisis of oxygen amid surging COVID-19 cases in the state.

The decision was taken in the second Cabinet meeting which was chaired by Chief Minister Himanta Biswa Sarma on Wednesday.

State Health Minister Keshab Mahanta, addressing reporters here after the Cabinet meeting, said that while the state has sufficient oxygen to meet its requirements at present, there could be a crisis in future considering the increasing need of oxygen for COVID-19 patients in hospitals.

Mahanta said that the decisions would come into effect from January 1, 2021, while the financial implications would be from April 1, 2021.

Among other key decisions, the Cabinet decided to appoint Devajit Saikia as the new Advocate General of Assam.

Besides, the Cabinet also decided that the chief executive members of Bodoland Territorial Council (BTC) and the autonomous councils of Karbi Anglong and Dima Hasao would be accorded Cabinet status.

“Another key decision taken by the Cabinet is that the nomenclature of the in-charge minister would be changed to 'guardian minister' who would take responsibility for all aspects in their respective districts,” said Cabinet spokesperson Pijush Hazarika.

ALSO READ: Assam: LPG distributors to go on strike due to non-recognition as frontliners