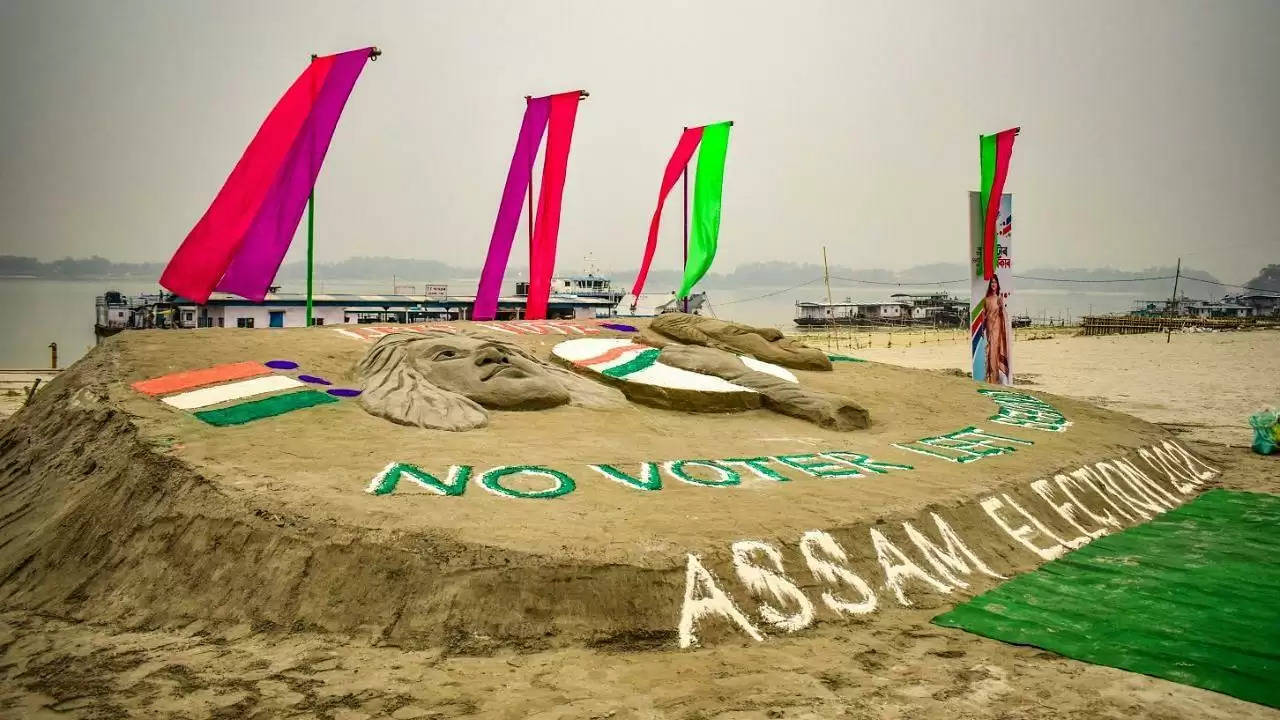 Ahead of the second and third phases of the Assam Assembly polls, the state election department has resorted to another innovative way to generate electoral awareness among voters.

The office of the chief electoral officer, Assam, under the Systematic Voters’ Education and Electoral Participation (SVEEP) activities, on Monday, unveiled a mammoth creation on the sand at the Rajaduwar Ghat to woo voters to exercise their democratic rights.

The impressive sand artwork had messages such as “Let’s Vote” and “No Voter Left Behind” with images depicting a man, a woman and a voter’s finger, which symbolises voter participation from all sections of the society.

“This is a humble attempt to make voters aware of the importance of voting rights and make them take part in the ongoing festival of democracy,” an official statement said.

The artists had started working on it since March 28, and completed the workaround at 3:30 pm on Monday, which coincided with the festival of colours.

The Assam election department has also been taking several activities under SVEEP for generating awareness among the electorate.

Meanwhile, sources at the state election department informed on Monday that the final voting turnout rate in the first phase polls stood at 79.97 per cent.