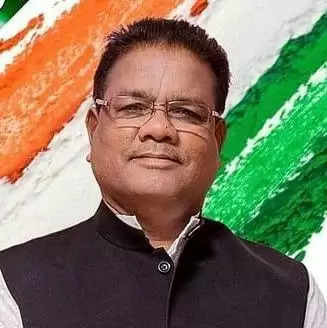 In a riposte to the incumbent BJP’s “poll triumph claim in Upper and North Assam,” the Assam Congress on Monday claimed that the “Mahajot” (Grand Alliance) would bag at least 37 out of the 47 seats in the recently concluded first phase Assembly polls.

“According to our party’s internal assessment, the Congress-led Mahajot will form the government as the foundation has already been laid in the March 27 poll in Upper Assam and North Assam,” Assam Pradesh Congress Committee (APCC) president Ripun Bora told reporters on Monday.

Congress had alone contested 43 of the 47 seats in the first-phase poll.

Accusing the incumbent BJP of being “confused”, Bora questioned the rationale behind the BJP’s newspaper advertisement in the form of “a lead newspaper report” on Sunday, spending crores of rupees.

“We can see that the BJP is confused today… under what circumstances it had to give an advertisement as a lead news report spending crores of money and claiming to win all the seats in Upper Assam? This is the BJP culture of misleading people, for it now wants to cover up its failures,” the APCC president alleged.

“BJP perhaps senses a drubbing in the March 27 poll, and to salvage some seats in the second and third phases, it had to resort to a newspaper advertisement,” he said.

While thanking the people of Upper and North Assam for turning out in large numbers in the first phase poll, Bora said the picture was becoming clearer with each passing day.

“We went into this election with a positive outlook on Assam and focused completely on what we can deliver. People have responded magnificently with ground reports showing that they have synchronously given their trust in Congress’ 5 Guarantees,” he claimed.

“The roots of the vision for this election stem deep into the Assamese identity. A myopic view of Assam by the BJP government in the past five years has pushed the state back. In an endeavour to realise the Assam of the future, all our guarantees have been structured and based on ground assessment, the future vision for Assam and, after consultations with revered scholars and economists,” Bora said.