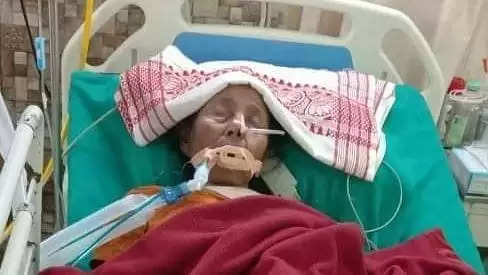 It may be noted that she (Dulu) has been admitted to Sanjivani Hospital in Dibrugarh.

“Dulu Gogoi is under ventilation after suffering from a sudden brain haemorrhage. Her condition is critical,” said Uddip Jyoti Gogoi, AASU vice president.

Lurinjyoti Gogoi, who was taking part in an election campaign in Marigaon has rushed to Dibrugarh to be with his mother.