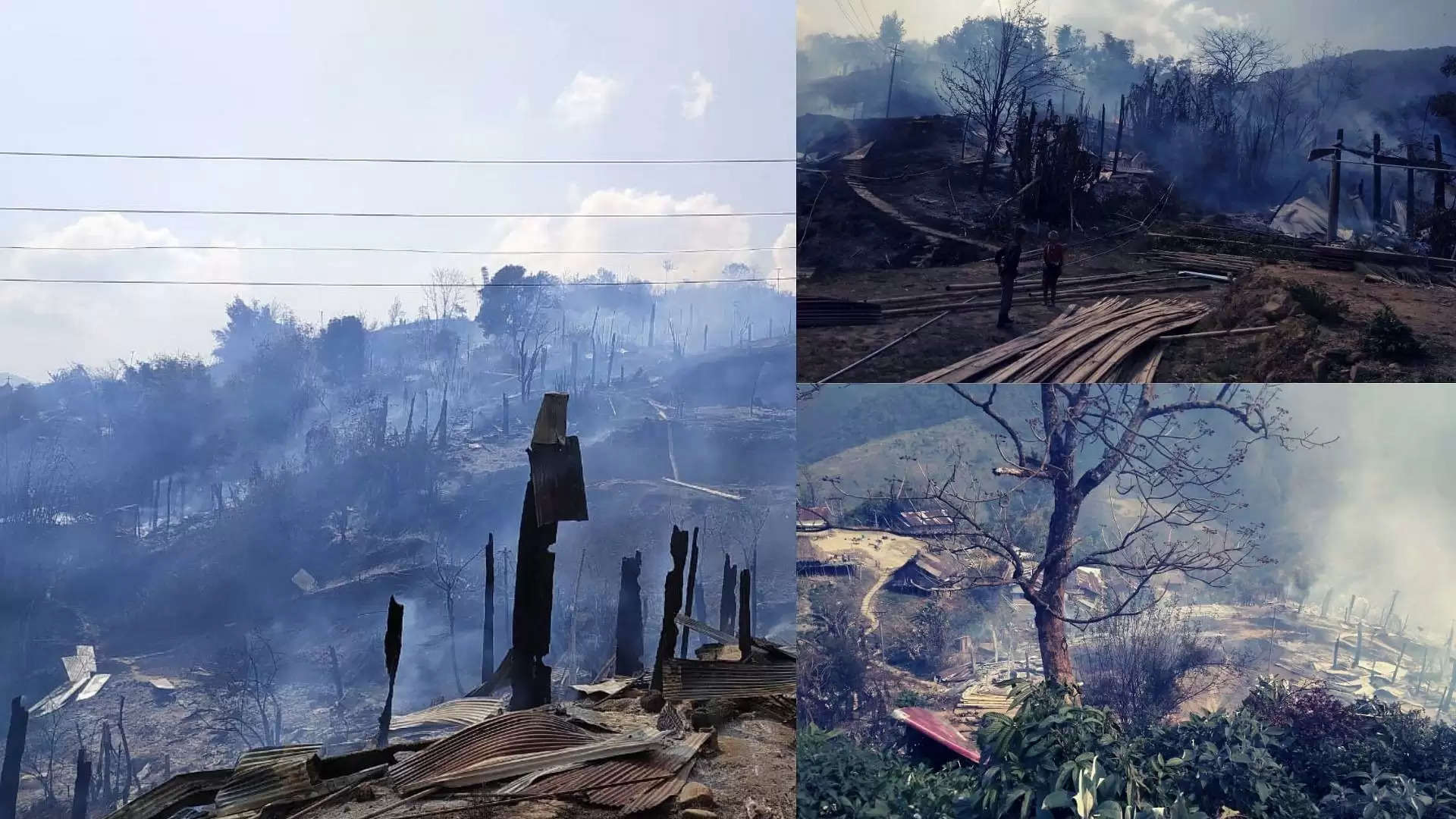 The fire happened around noon on Thursday.

According to sources, an elderly man and a five-year-old child lost their lives in the incident.

Locals said about 83 houses were reduced to ashes.

The village is located approximately 60 Kms away from district HQ Khonsa.

Authorities are yet to ascertain the cause of the fire, and the extent of property damaged.