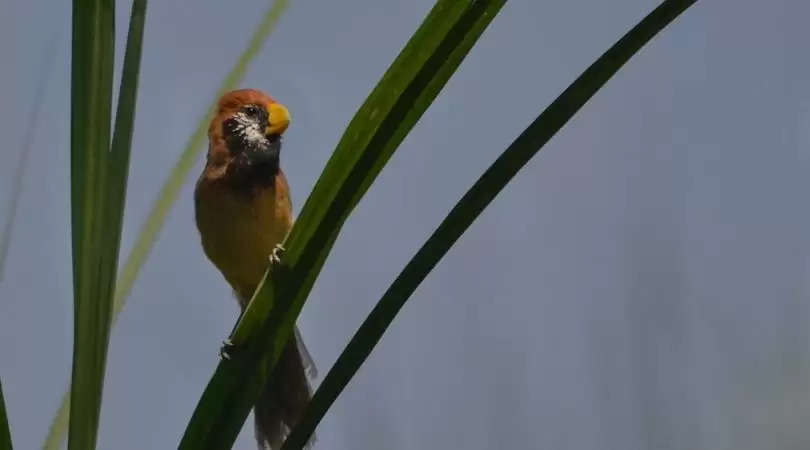 A team from the Indian Institute of Science Education and Research (IISER), Pune, led by Dr Anand Krishnan and Sutirtha Lahiri, are studying the acoustic diversity of vulnerable birds at the D. Ering Wild Life Sanctuary.

Given the difficulty of physical surveys, acoustics provide a way for non-invasive monitoring of biodiversity.

"They are optimistic that they can use this method in the study of rare and threatened birds that have a stronghold in places like D. Ering Wildlife Sanctuary," the team from IISER said.

"D. Ering WLS is a sanctuary like no other. In a country where very little attention is given to grasslands, this sanctuary is one of the very few places which are protecting wet grassland interspersed in the Siang River. This grassland is home to some very rare and threatened birds and perhaps is one of the best places in the world to see some birds like the Black-breasted Parrotbill, the Swamp Prinia, the Indian Grassbird, the Marsh Babbler among others," said Krishnan and Lahiri.

IISER, Pune is an autonomous public research university established in 2006. It is one of the seven Indian Institutes of Science Education and Research and was one of the first IISERs to be established along with IISER Kolkata.

Meanwhile, the Divisional Forest Officer of the D. Ering Wildlife Sanctuary, Tasang Taga, thanked the team and expressed hope that the outcome would help to identify and protect the rare birds.