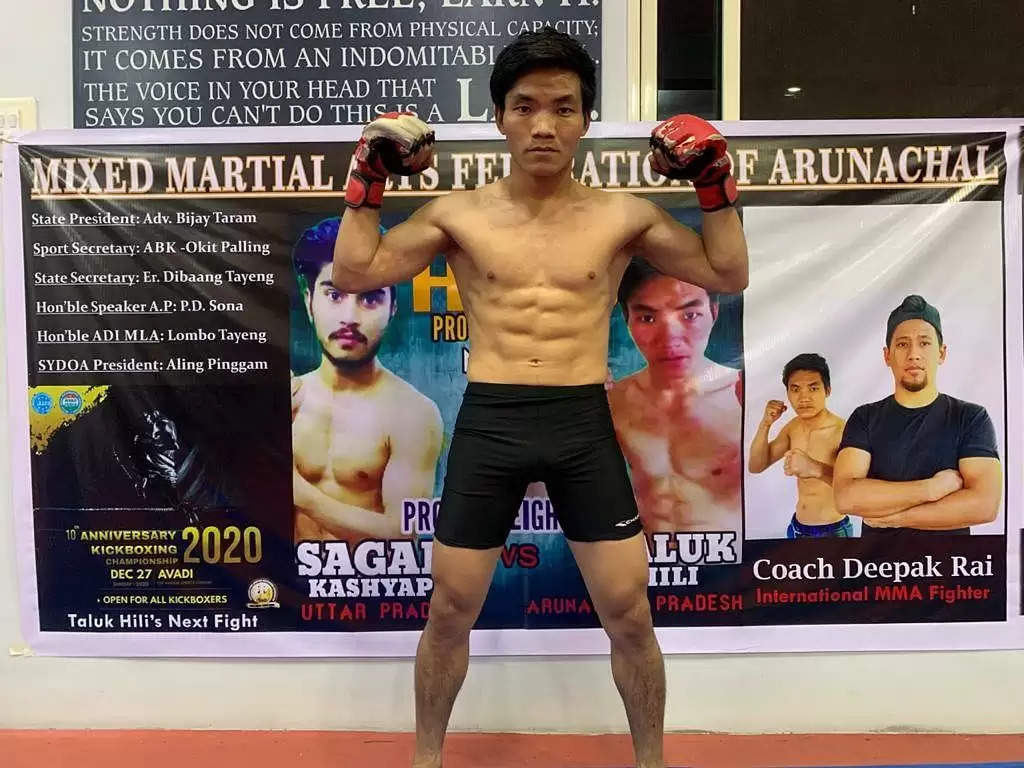 It is worth mentioning that after winning the Bronze in the MMA Open Championship at Mumbai last year, Taluk Hili was selected for training at Attachai Muaythai Gym, Bangkok which is the gateway of One Championship and Ultimate Fighting Championship (UFC) but could not attend due to financial constraints.

Taluk Hili is a Black Belt 1st Dan in both Kickboxing and Taekwondo.

Taluk Hili is set to lock horns against his rival Sagar Kashyap from Uttar Pradesh on December 19 at Nashik, Mumbai.