China Reconnects with India at Stilwell Road in Arunachal Pradesh 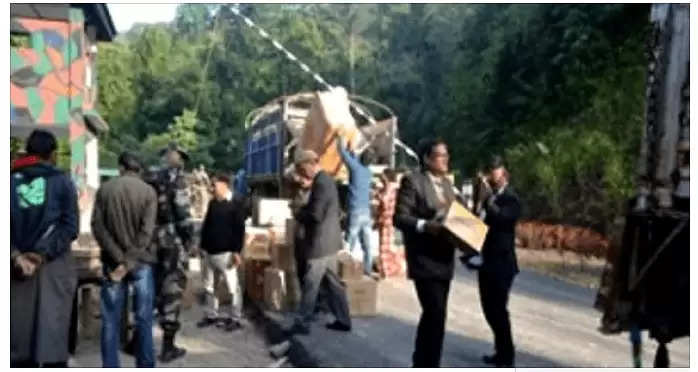 The exhibits were received from the Chinese delegates by the representatives from North East Federation on International Trade (NEFIT).

Terming the development as a historic moment for Arunachal Pradesh as the famous Stilwell Road constructed during the World War II was used once again for transportation of goods after 70 years, Director, Trade & Commerce, Tokong Pertin stated that the road can be used for trade and better understanding for the two Asian economic giants (India-China) as well as among the BCIM countries.

Pertin expressed the hope that every possible support in terms of logistics would be provided so that it would go a long way in developing future trade and business among BCIM countries and ASEAN.

Expressing dissatisfaction with the poor liaisoning by representatives of NEFIT with Burmese Govt.

which created undue delay in delivering the exhibits, ADC, Jairampur, Kento Riba suggested the NEFIT to involve the local administration in future to avoid such circumstances.

Riba assured of full cooperation from the local administration in the near future.

The successful arrival of exhibits by road through Stilwell Road has brought a new ray of hope among the people of Changlang as prospects of border trade through Pangsau Pass will be boosted, while international trade, peace, socio-economic development and cooperation will usher among BCIM countries and ASEAN, added Riba.