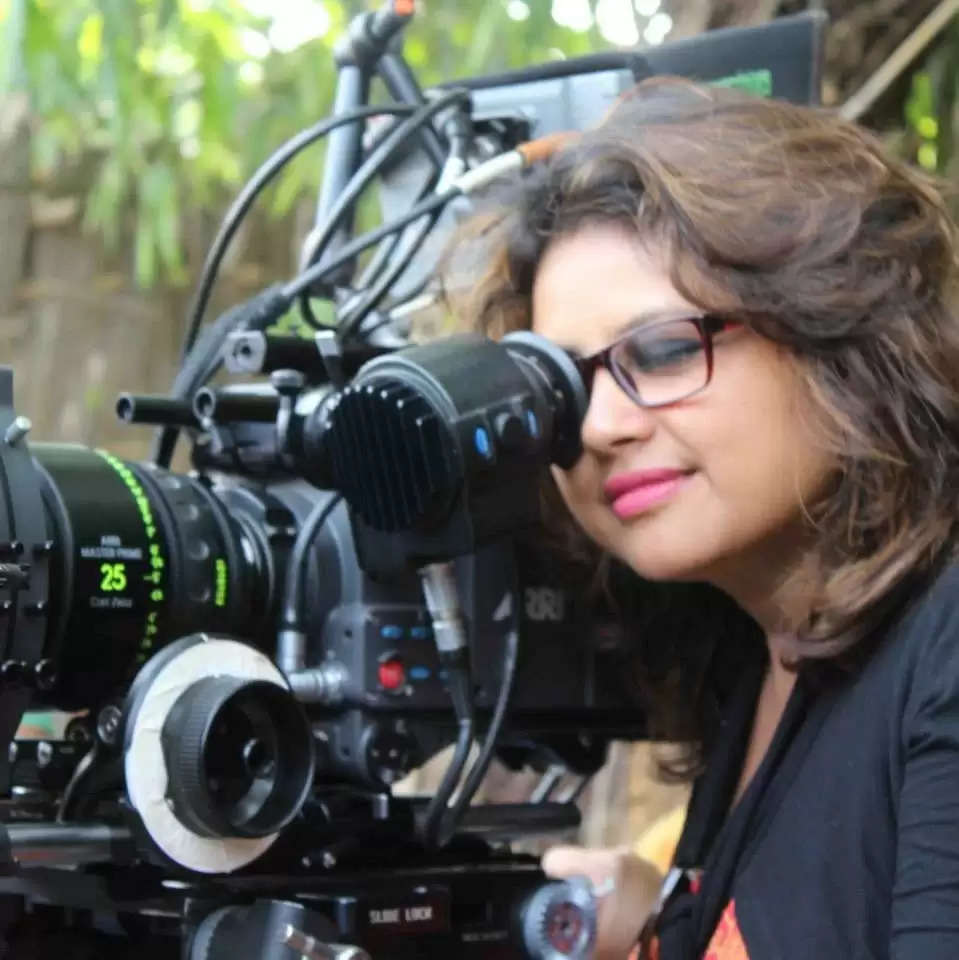 In the year 2014, with the release of her first feature  "Adomya" , Bobby Sarma Barua earned the reputation of becoming a leading women filmmaker from Assam. The film won the Best fiction film Award (spiritual section) at the 13th Dhaka International Film Festival same year. The film was also screened at numerous festivals both in India and abroad. Last year her second feature film Sonar Baran Pakhi was premiered at the Jio MAMI 18th Mumbai Film Festival. It is co-produced by Assam State Film (Finance & Development) Corporation. She is also a research scholar and currently completing her Ph.D. on "Reflection of the folk culture of Assam in Assamese cinema".  Here is an interview about her journey so long.

TNT – Give us a brief introduction about your background

BSB: Well, I can't exactly say when I took the decision to be a filmmaker. I have been working in this field since 2006. Before stepping into this field I always wanted to be a teacher and I was quite desperate to get a job. But situations and surrounding made me believe that I was made for something else and since then I decided that I wanted to work independently. Thereafter, I started off with my production house with the help of my husband. And since then I have been working in this field.

TNT- How did the idea of making your first film Adomya (2014) come to you? Dealing with a taboo subject like AIDS has rarely been portrayed in Assamese Cinema.

BSB: Well, as a human being, first of all, it is my duty to think about other human beings, and most importantly about the society. Living with HIV, fighting with the disease altogether is extremely difficult which I have closely observed in our society. Based on such observation I got the motivation to make a film on this particular topic.

TNT- Your second feature film Sonar Boron Pakhi (2016) is a biopic. Tell us briefly about the film?

BSB: The film is based on the life of Late Pratima Baruah Pandey, who was a folk singer from Assam. She had dedicated her whole life to folk songs. She was born and brought up in a royal family but she used to collect the laymen songs and used to sing only those folk songs. She is the sole person in establishing the 'Gualporiya' folk song in front of the public eye. I personally, during my research work, met many people who were involved with her as musicians. So it took time for my research work because making a biopic on someone who is no more with us is extremely difficult. It is kind of a challenge. Within the limitation, I had to make the film, which again taught me a lot.

TNT- You have collaborated with co-writers for both of your films. How was your experience?

BSB: Yes, I had co-writers, Sagar Sangam Sarkar and Bhaskar Jyoti, for my first and second feature films respectively. I always enjoy working with them. It is a teamwork that involves important decisions during various stages of writing. I even seek their suggestions before commencing any research work on any particular topic.

TNT- Tell us about the role and importance of all the important people in your cinematic journey.

BSB:  Basanta Kumar Baruah and myself, we both established a production house in Assam and we both are Joint Producers for the same. Ratul Deka is my editor and he has been working with me since 2007 since he was a student in Jyoti Chitraban Film and Television Institute, Guwahati. Pranami Bora is an NSD passed out and she has played the protagonist in both my films. Apart from them Debajit Gayan, Julan Krishna Mahanta, Jaicheng Jai Dohutia, and Uday Patar- all are part of my creative journey in filmmaking. All of them had played a huge role in making this journey even more wonderful.

TNT-  Do you think a formal education in filmmaking helps? How was it being a part of the Film Appreciation Course in 2015 conducted jointly by Film and Television Institute of India & National Film Archive of India, Pune?

BSB: Yes, it does help.  Education always helps us, guide us but I am a self-taught filmmaker. I believe that the creative tendencies of an individual come from their personal observations and experiences. At the same time it also an inborn talent. I think that my habit of writing poetry during my childhood had also helped a lot in fostering my creativity.

– For TNT (TheNortheastToday) by Dipankar Sarkar.

ALSO READ : These films reveal the cultural and social dimensions of Northeast India like never before!

ALSO READ :Northeast India has been Bollywood's Favorite for long and here's why

ALSO READ : Top ten young filmmakers from the Northeast to lookout for