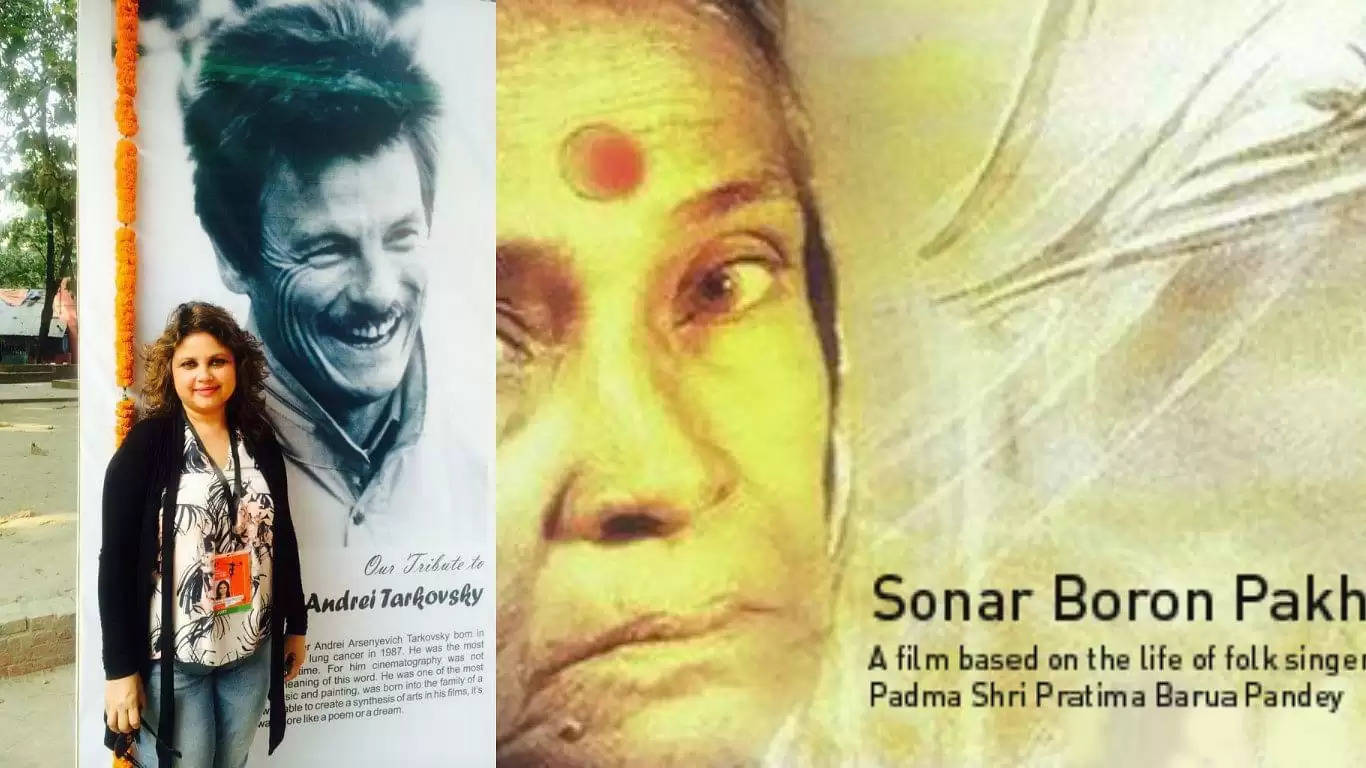 April 15 2017: Last week, Bobby Sarma Baruah's biopic 'Sonar Baran Pakhi' became the first Assamese film to win the Grand Jury Prize for Best Feature at the at the 15th annual Indian Film Festival of Los Angeles (IFFLA). The festival is a nonprofit organization devoted to a greater appreciation of Indian cinema and culture by showcasing films, supporting emerging filmmakers, and promoting the diverse perspectives of the Indian diaspora. Each year the festival features a rich mix of film programs designed to build and support the growing interest in the Indian entertainment industry.

The film has also been beautifully reviewed by the festival programmers as 'Born to royalty in 1935, Pandey found her passion in the folk songs performed by the working people of her region, rather than in the life of marriage and domesticity expected of a woman of her circumstance. She forsook tradition by dedicating her life to learning these songs – usually sung by boatmen and buffalo herders – and sharing them with the world.' Senior Programmer Mike Dougherty's praise about the film can be viewed below-

Also, the fiction/non-fiction hybridity, and the subtle presence of the supernatural in 'Lady of the Lake', has won the award in the Features Special Mention section for Haobam Paban Kumar. It is also the first Manipuri film to bag the award in the festival.Haobam came to prominence with the film AFSPA 1958, winning the Jury and FIPRESCI award at the 9th MIFF 2006. The film also won the Swarna Kamal for Best Documentary at the 56th National Film Awards in 2008. 'Lady of the Lake' is his debut fiction feature film. The film has also won a National Award this year.

Haobam has produced and co-written the film with Sudhir Naoroibam, who is a Sahitya Akamdemi winning writer from Manipur. The cinematography and editing of the film has been done by Snehad Jalal and Sankha. Sukanto Majumder has arranged the audio of the film. The crew members arebatchmates of Haobam from Satyajit Ray Film and Television Institute (SRFTI), Kolkata. The principal cast of the film are Ningthoujam Sanatomba & Sagolsam Thambalsang, who plays the role of a fisherman couple living on a small islands of biomass called phumdis floating on Lake Loktak.

(The writer can be reached at dipankar.dinesh@gmail.com)