Officials said that the accident resulted because of sleep-deprived driving 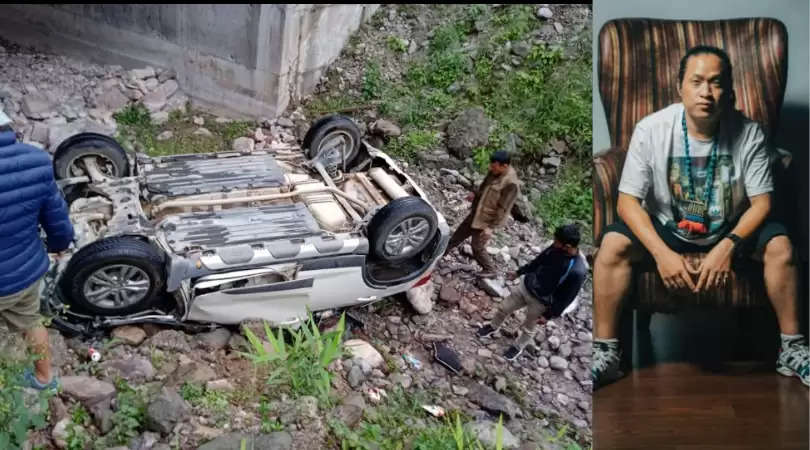 According to sources, the accident took place around 4:00-5:00 am on Monday.

Tayeng and two of his friends, John Mengu and Gemin Yomso, were on their way back to Mebo, after a show at Allubari, Namsai, on Sunday.

Officials said that the accident resulted because of sleep-deprived driving (the operation of a motor vehicle while being cognitively impaired by a lack of sleep) as Tayeng had performed two nights in a row.

While Tayeng died on the spot, his friend John Mengu succumbed to injuries on the way to Dibrugarh for treatment.

Meanwhile, sole survivor Gemin Yomso is said to be in critical condition.
Saddened over the loss of his son, Tayeng’s father, Allok Tayeng, thanked the people of Dambuk for their support and for helping to retrieve his son’s body following the accident.

The late disc jockey’s wife, Ninna Lego, while sharing her grief with this reporter, recalled DJ Bom as her best friend and mentor.

“We had dreams to fulfil, but he left me behind halfway; however, I will fulfil his dream,” she added while fighting back tears.

Many of Tayeng’s friends also spoke out and expressed shock over his death.

“He was a beautiful soul, passionate about his profession of music that he chose to be a DJ and was a path-breaker in his own right,” All Arunachal Pradesh Students’ Union General Secretary Tobom Dai said.

“The news of his other co-traveller (Late) John Mengu succumbing to his injuries in Dibrugarh is also heartbreaking, two young lives cut short. May the almighty God give enough strength to the bereaved family members to withstand the tragedy at this trying moment,” Dai added.