It may be mentioned that along with the three persons, a fully laden Dumper truck carrying stone chips fell into the river during the incident. 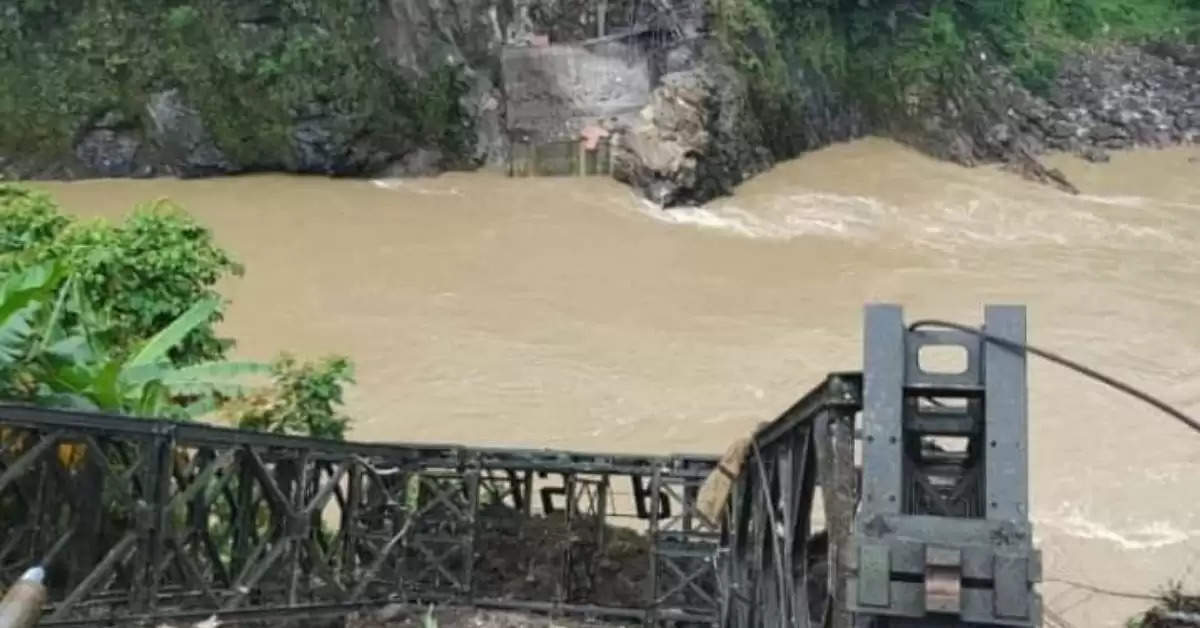 One dead body of the three persons who drowned in the Siyom river, near Siang-Siyom confluence between Pangin and Boleng in Siang district, has been recovered from Pillumukh area adjacent to Pasighat in Arunachal Pradesh on Sunday, following the sudden collapse of the Sangam bridge.

According to sources, the dead body was seen by some people in Pillumukh, who informed the Pasighat police for the retrieval of the body.

“As of now, the dead body is said to be of Late Ranjit Sutrodar but it is yet to be fully identified," Officer In-charge, Pasighat Police Station Otu Gao said.

"The final identification will be done tomorrow only after the dead body is retrieved from the riverbank,” the officer added.

It may be mentioned that along with the three persons, a fully laden Dumper truck carrying stone chips fell into the river during the incident.

The search operation teams from both National Disaster Response Force (NDRF) and State DRF made day-long attempts to retrieve and locate the three persons from the river.

However, the search operation has been called off due to heavy rain and strong water currents of the Siang and Siyom rivers.