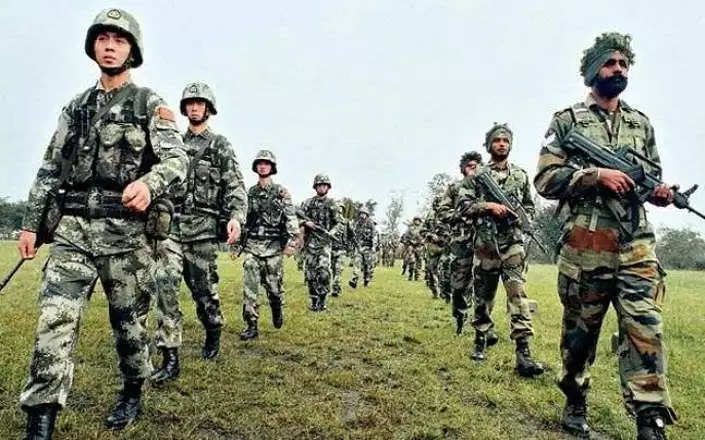 ITANAGAR, August 10: Arunachal Pradesh Chief Minister Pema Khandu has said that the Indo-China international border along Arunachal Pradesh at present is tension free and there is no possibility of war between the two countries. "There is no tension at the border now and the question of war (between India and China) does not come because war means a loss for both the nations and both are quite mature," Khandu told reporters. He assured that the External Affairs Ministry is continuing dialogue with the China and shall resolve the problems very soon. "China is always claiming the whole of Arunachal Pradesh, but it is their claim only and now the matter is being resolved diplomatically and the External Affairs Ministry is continuing dialogue and shall resolve the problems very soon," he said.

Khandu alleged that due to a lack of focus and willingness as compared to development in China across Arunachal Pradesh border, much development did not take place, which is the prime cause of resentment among the people of the state, but, at present, under the leadership of Prime Minister Narendra Modi, things are changing quickly. The Chief Minister further said, "In terms of development, we have been lacking far behind, but due to the good and aggressive initiative by the Prime Minister Narendra Modi, development is now taking place all along the border." Khandu said this while addressing a rally of the tribals, organized by the Bharatiya Janata Party's (BJP) tribal wing, Janajati Morcha, on the occasion of International Day of World's Indigenous People.

During the speech, Khandu said that Prime Minister Modi has paid attention to an eradication of poverty and unemployment and has tried to address the problems of indigenous people. He said that the Communist Party of India – Marxist (CPM)-led Left Front Government, which remained in power in Tripura, should be ousted in the next assembly elections scheduled to be held in February coming year. Khandu said that on the day of August 9 in 1942 Mahatma Gandhi gave a call of 'Quit India' for Britishers and the people should also call for 'quit CPM' from Tripura". Among others, BJP state President, Biplab Deb and state observer, Sunil Deodhar were also present at the event.