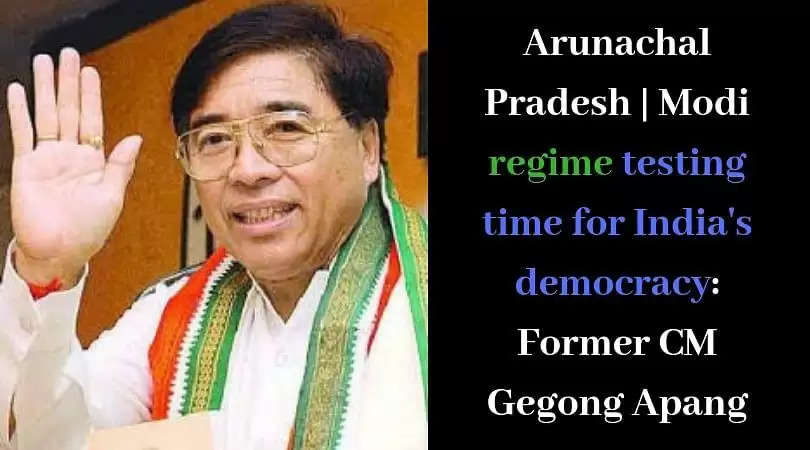 Former Arunachal Pradesh Chief Minister Gegong Apang, who left the BJP after a four-year association earlier this week, said on Saturday the Narendra Modi regime has been a "testing time" for India's democracy and accused it of dividing the country.

"The people in Delhi are diving the country, especially the Northeast. The Citizenship Amendment Bill is an example how a political party is dividing the country," the leader from northeast said.

Apang, who was the longest-serving Chief Minister of Arunachal and had worked under a number of Prime Ministers starting from Indira Gandhi to Manmohan Singh, said all the previous governments at the Centre believed in federal democracy but the current regime at the centre is busy dividing the country.

Claiming that the democracy in Arunachal Pradesh was going through "the worst phase", Apang said the state's ruling Bharatiya Janata Party government has refused to start a Central Bureau of Investigation (CBI) inquiry into the suicide of former Chief Minister Kalikho Pul.

"In Arunachal Pradesh democracy is going through the worst phase. A former chief minister of my state has committed suicide while another minister has suffered a mysterious death.

"But the party in power in Arunachal does not want a CBI inquiry. The CBI has become a puppet in their hands.

"We all know how democratically-elected governments are being tortured by those sitting in power. It is a threat to the country's democratic ethos," he added.